The ladies of Mini Viva left their hearts in Tokyo, but it was impossible for me not leave a part of mine in Aruba after weekend’s worth of beats, panels, and fun in the sun for Electric Festival and ADE Global Sessions.

The 2015 edition of Electric Festival marks the event’s third installment, having grown steadily since its origins years back as a birthday celebration for resident Chuckie. Organized by twins Maurice and Karim Neme (in conjunction with the Aruba Tourism Authority and Amsterdam Dance Event), the event marries conference and music programming for a jam-packed weekend.

The conference portion—ADE Global Sessions—explored issues and events affecting the electronic music market, with a focus on Latin America and the Caribbean. Foregoing the dimly lit, sterile environments that house most conferences in favor of beachside panels and Q&A’s on pier bars, ADE Global Sessions truly blurred the lines between business and pleasure.

The topics covered at this year’s conference were wide-reaching and varied, offering a little bit something for everyone. Chuckie’s ADE One Man Museum paired an in-depth Q&A with Chuckie with photos and multimedia of items—his first mixer, vinyl, digital audio workstation, and more—that were integral to his development from a hip-hop DJ to and electronic sensation. Business-minded programming offered insight into everything from the inner workings of booking electronic music in Latin America to the history of the global music scene’s adopting of tenets of the music and genres of the Caribbean.

Friday evening, the first night of Electric Festival kicked off with an appropriately raucous lineup that included big room house heavyweights Afrojack, NERVO, and Chuckie. Dutch pair The Partysquad launched the evening into top-gear with a high-energy, explosive performance that set the stage for hometown hero Chuckie to tear into the ecstatic crowd.

The fire kept burning for NERVO’s turn behind the decks—the sister act’s first appearance in Aruba—afterward, which took the crowd on a white-knuckle trip through big room drops and the girls’ biggest hits. The electro-clatter remix of their latest single “Hey Ricky” from Quintino served as a massive bomb, but it was their finale—their evergreen collaboration with Hook N Sling “Reason”—that provided that unforgettable hands-up moment that’s sure to have remained with everyone in the crowd that night.

Things got deep and dark at the second night of Electric Festival, with Loco Dice taking over headlining duties and trading in the previous evening’s big-room beats for murky basslines and sinister synths. Earlier that afternoon, the German techno heavyweight gave conference attendees in-depth insight into his career, origins, and more during a sit-down Q&A ahead of his poolside performance at the Partai Party at the Renaissance Marina Hotel. We caught up with the legend himself backstage at the fest to chat about his forthcoming Underground Sound Suicide album and ADE plans. Watch his chat with DJ Times TV below.

One of the biggest surprises of the night was Caleb Calloway’s crowd-bending performance right before Loco Dice took to the stage. Calloway—who’s been recently opening for Loco Dice on his Underground Sound Suicide tour dates—served up a sort of Ibiza-tinged big-room tech house that turned the crowd out. Dropping bombs like Steve Lawler’s “Libertine” and Mark Jenkyns & MC Chickaboos’ “On Me” to buzz up the electricity of the outdoor arena. Dice’s headlining performance afterward was deliciously dark, keeping things hazy with deep grooves and extended sonic journeys.

The final evening consisted of the ADE Catamaran Cruise that took passengers directly to the weekend’s closing party on the Renaissance Private Island. The cruise once again boasted a raucous soundtrack from The Partysquad, who served up some EDM anthems, crossover reggae tunes, and just about everything in between as the sun set. Things truly got magical at the closing party, which took place on a moonlit, secluded beach. Spanish techno maven Paco Osuna headlined the intimate party, which truly showcased the beauty and spirit of Aruba.

This year’s installment fully proved that Electric Festival has matured and developed into a must-see destination festival. Offering attendees informative sessions and ample networking opportunities as well as robust musical programming that encompasses a wide spectrum of artists, genres, and venues, any electronic music fan worth exploring new terrain should start preparing their passports for next September. 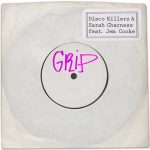 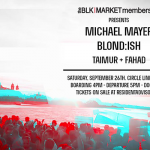