Chicago – This past weekend, The Windy City hosted the final kick of summer, North Coast Music Festival. Featuring bigtime talents like The Chemical Brothers and Porter Robinson, among more than 25 acts of massively skilled DJs and live bands, Chi-Town’s Union Park was alive with music and good vibes.

Of course, the DJ Times Team was in full-force catching energetic sets from Aoki, The Heard, Goldfish, and fellow hometown hero Green Velvet. Other highlights: a psybiant experience with one of the genre progenitors, Simon Posford, better known as Shpongle; a memorable set from Australian Future Bass DJ, Wave Racer, who dropped a funky remix of The Little Mermaid’s “Under the Sea”; and a terrific set from D’Angelo and The Vanguard, who got the crowd grooving with cuts from their new Black Messiah album.

Hard not to feel for those who didn’t catch Green Velvet dropping “Percolator” and other classics, like “Lazer Beams” and “La La Land,” because he straight killed it. We missed you! After catching strong sets from Goldfish and Atmosphere, the crowd settled in for the much-anticipated performance from The Chemical Brothers. As usual, Tom and Ed didn’t disappoint. In a rare Stateside appearance—they also headlined New York’s Electric Zoo on Friday—the Chems hit the highlights from their latest, Born in the Echoes, which features superb single, “Go,” featuring Q-Tip. The crowd popped, locked, and dropped it to their “Block Rockin’ Beats.”

On the whole, North Coast provided a bevy of top-notch entertainment, complete with a giant Jenga, an awe-inspiring live art gallery, and the most wonderful end-of-summer warmth we could have wished for. ‘Til next, Chi-Town, and thanks for the beats and the memories. 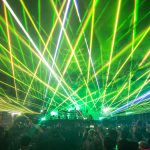 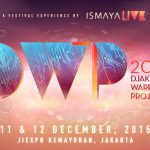