Voorhees, N.J.— When Betsy Fischer describes her “DJ of the Year”-winning routine at the DJ Expo this past August, it recalls a bittersweet memory. Specifically, she found inspiration after a not-so-happy incident – the “Charlie Hebdo” terrorist attacks in Paris this past January.

“There was a great feeling of solidarity around the world,” she says, “and while following all the news stories and watching video clips, I happened to see a music video of an Israeli musician, filmed in the streets of Paris, singing a new version of the song ‘Hava Nagila.’ I instantly loved this version, and knew that I had to choreograph a dance to it.

“One of my DJ friends saw my new dance, loved it and told me that I should incorporate it into a dance/fitness class. His enthusiastic response led to my decision to share it at the ‘DJ of the Year’ competition.”

It’s been Fischer’s belief that sharing is the ultimate goal of the annual DJ Expo competition, which showcases a select group of mobile entertainers and awards the evening’s best performances. She believes each performer should be able to offer something usable to DJ Expo attendees, so that they can easily take home some of the ideas they see on competition night.

After all, she herself has benefited from games that have been showcased there—and at the Expo’s “Games” seminar, be it Steve Moody’s “Hula Hoop” or “Jukebox Eliminator,” Jake Jacobsen’s “7-Second Artist,” or Keith Alan’s new game this year, a twist on “Huggy Bear” called “Lock Up.”

“I knew that many of the DJs in the audience entertain at Mitzvahs and weddings, parties that definitely include a Hora,” she says, but points out that the Hora is not only for Jewish events, and that “Hava Nagila” translates to “let us rejoice,” and is a tune recognized around the world. “So, I knew this high-energy circle-dance would be perfect for any happy occasion at which people are joyful and celebrating.”

The night of the competition, after she completed her dance, Fischer knew it had been well-received, but didn’t know whether or not she would win anything. “When I stepped off the dancefloor after the routine was over, in that moment, I knew that even if I didn’t win anything, the whole experience was awesome. I had an amazing time dancing with my colleagues, and I loved every second of it.”

Later, when the voting was done, and announcement was made that she had won, she thought, “Finally!”

She recalls: “I had competed several times over the years, and had already won Best New Dance, Best Use of Choreographed Dancers, and DJ of the Year Runner-Up.”

She returned re-energized to her New Jersey storefront, where she runs The Groove Lounge, a kids-only disco for children’s birthday parties, and also hosts Mitzvahs, Sweet 16s and other events for kids and teens.

The biggest challenge for Fischer when she first opened The Groove Lounge eight years ago was that she found herself doing everything. In addition to hosting parties on the weekends, she also taught Zumba classes, did all the office work, all the shopping for supplies, and all the party prep.

“I read a lot about how to run a small business, and really tried to embrace the concept of working on the business instead of in the business,” she says. 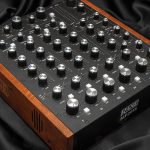