The Caribbean island of Saint Martin will be the home of a brand new boutique festival experience when SXMusic makes its debut there on March 9-13, 2016.

The five-day festival will offer attendees an unforgettable experience in a dreamlike location, with parties taking placing at several venues across the island day through night. Some of the scenic festival locations include areas like The Forest, The Beach, and The Bay, all of which offer guests idyllic vistas and scenery.

The festival has unveiled its first set of artists, boasting some of techno and tech-house’s biggest names. Lee Burridge, Patrick Topping, Thugfucker, and Adriatique have all been confirmed for the fest, which even includes former DJ Times coverstars Jamie Jones and Dubfire.

The production of the festival promises to be just as stellar as the lineup, with VOID Acoustics sound systems powering the audio of the entire festival. Organizers are also committing to lowering the event’s carbon footprint, with bio-diesel generators powering the outdoor events. 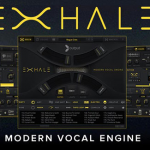 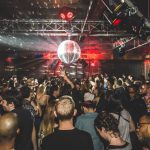 Brooklyn Electronic Music Festival 2015: Back & Bigger Than Ever