Red Bull Music Academy is heading up north for its 2016 installment, which will take place in Montreal, Quebec this fall.

This year’s installment will mark the Academy’s 18th edition and its first return to Canada since 2007 when it touched down in 2007. The RBMA will once again bring together a carefully selected group of producers, vocalists, beatmakers, instrumentalists, and DJs from countries around the globe, and they will all attend lecture sessions with music pioneers and collaborate with each other in state-of-the-art studio environments. Each night, the Academy will present a festival of curate concerts and parties in Montreal’s cult venues, spaces, and more.

Applications for this year’s RBMA will open January 18. Interested music makers from anywhere in the world are invited to apply, and they can download the form to enter from RedBullMusicAcademy.com. Applicants must mail in the form and a CD of recorded material by March 7, after which a jury will select the final group of participants. Additionally, the 30 participants of the second term of the 2015 RBM—which was cut short due to the Paris attacks this past November—will join the 40 newly selected attendees in Montreal.

For information and lectures, videos, and more from previous years, go to RedBullMusicAcademy.com 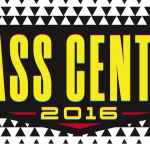 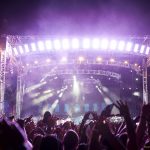