Deep Cut: “Controversy” wasn’t a huge megahit, but it was funky & suited for the dancefloor.

Moment: One of the most moving Prince music experiences I ever had was at Tunnel in the mid-’90s. It was when the club was transitioning to after-hours. The new DJ really broke everything down after a bit & people started to leave after a few minutes of real ambient tones & spaced-out textures. But out of nowhere came “Little Red Corvette” on the main floor—the place damn-near melted in sweat & sex. I’d say it was equal parts Prince & the loved-up masses of the ’90s.

Impact: I think the first one was “When Doves Cry.” The tempo wasn’t obvious & it was difficult to play in the clubs, but when you dropped it, the whole place went crazy.

The Experience: What I loved about Prince was listening to the album as a whole. That’s where the true journey began & ended. I never felt that he just put 13 songs together. I felt there was so much more thought into it. That’s why I would always buy his albums & not singles.

Legacy: What makes him unique is how he brings various different genres & sounds together—funk, rock, blues & pop can all be heard. The lyrical content is deep & meaningful—of course, the overall sound is very unique. Where we are today with music, it’s so throwaway & disposable, society is always onto the next thing. We, unfortunately, forget too soon about true great artists like Prince & it’s important to share their legacy with the next generation.

Impact: “Kiss” or “I Wanna be Your Lover.” Both are fun, positive & accessible dance tracks. Bona fide classics—they’ll always connect.

Deep Cut: “Controversy.” I love how lo-fi it is—in an electronic sense. It feels like you’re standing next to an amplifier with a bad hum in a little basement studio, but then that chorus… it just becomes so uplifting, so beautiful.

Legacy: Authentic music, so different, so unique. It defines an era that a lot of us are afraid we won’t see/feel again.

Deep Cut: I do remember playing “Insatiable” in my high-school years when I really wanted to get freaky with a girl.

Legacy: Prince answered it best when he said, “In the beginning, God made the sea, but on the 7th day he made me…”

Impact: “I Wanna Be Your Lover” because it was so funky & the lyrics so sexy. Also, “Controversy” because the lyrics spoke to me.

Deep Cut: “Lady Cab Driver” has a crazy, funky beat, like a marching-band beat that they play in the ’hood.

Legacy: It’s was music to dance to, rock out & make love to. It reached & touched all races & sexes.

Deep Cut: “’I Would Die 4 U”—I love to play this song, the production on it is so legendary.

Legacy: He challenged people with his authentic approach & he refused to compromise his vision.

Impact: “Kiss” has the iconic intro guitar riff, but it also dictates the mood on a dancefloor. When the first drum hit drops, people’s faces change—eyes squint, lips pucker & the attitude shifts.

Legacy: A pioneer, a man of deep faith & an artist in the truest sense.

Impact: “Kiss” is the weapon of choice—consistent beat & sex appeal.

Deep Cut: “I Would Die 4 U” for its energy & dynamics. From the double-time hats to power chords, every time I mix it, I get chills.

Legacy: His musicality & style will be studied for the rest of time.

Impact: On “Kiss,” I would loop that intro as I mixed out of the previous song & then release it right when the fader hit the other side & Prince would hit that lyric, “You don’t have to be beautiful, to turn me on.” Love it.

Deep Cut: “I Wanna Be Your Lover,” a great tune that’s often overlooked.

Legacy: He was never afraid to mix genres, break musical frontiers & reinvent himself.

Impact: “Let’s Go Crazy.” The opening sermon stops all in their tracks to take notice.

Deep Cut: “If You Feel Dancing” is Prince with 84 East. It is the beginning of him as recording artist & it’s a dope, underground dance track that just has that groove in the pocket.

Legacy: This music is inviting for all to experience & love. It speaks to all social, physical & sexual topics.

Impact: “Kiss” because you can slam or beatmix it. With a mid-tempo BPM of 112, it can easily be mixed into other genres, too.

Legacy: A genius who created music that people from all walks of life could enjoy. 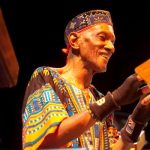 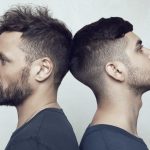