There was certainly a lot of hype surrounding the announcement of Moonrise Festival’s lineup for 2017 after setting the bar pretty high last summer, and after the release of their Phase 2 artists, it looks like Baltimore’s Pimlico Race Course is the place to be once again this August. Best Moonrise lineup to date? Let’s hold off until they reveal the final patch of names before we start the debate.

Kaskade will be returning to the festival alongside hip-hop heavy hitters Migos, RL Grime, Snails, and those are just a few names that have been added to an already impressive lineup. Again, there is are more names to be announced next month.

You can find the complete phase 2 lineup below and grab yourtickets at moonrisefestival.com. 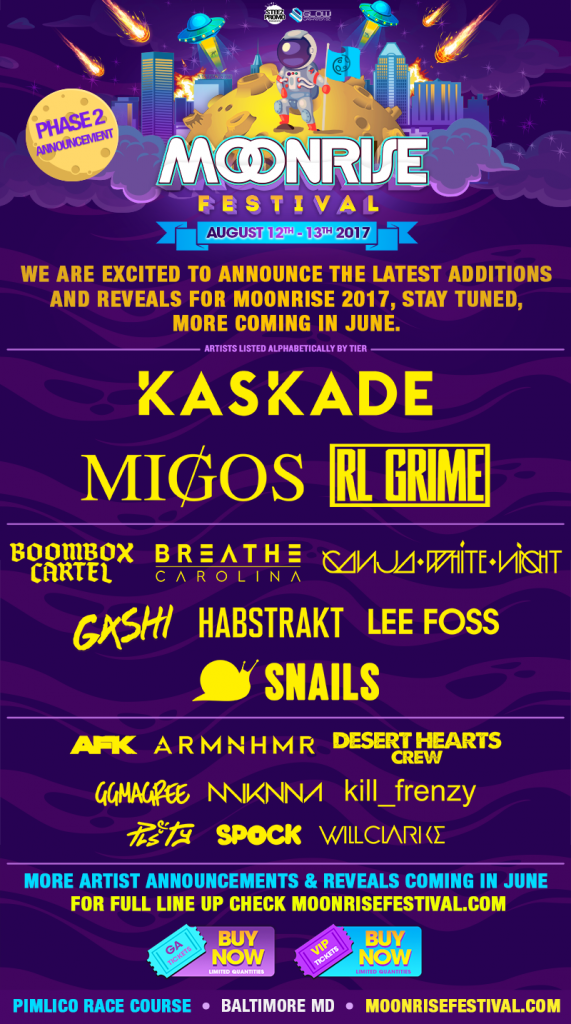