It’s time to celebrate! No, not because the weekend is here, but because the New York City-based event series Forward Disco will be celebrating their fifth anniversary tomorrow at Cielo.

For their five-year anniversary, they’ll be doing something that they’ve never done before – residents Sean & Chili will be throwing down behind the deck all night long! The Forward Disco community is sure to be out in full force tomorrow night to celebrate this very special occasion.

“From the mood that is set to the music that begins every session, the presence of any venue Forward Disco occupy’s takes teamwork, love, energy & consistency to make an event work. Forward Disco embodies that and more with every event that they create, while house music is the stage the directors along with special guests mold the party to what it has become and why it quickly has made a name for itself in New York City. I am beyond honored and humbled to be asked to not only be part of it but a witness to it all, happy 5 year anniversary Forward Disco and many, many, more.” – Mr. V (Sole Channel)

“Forward Disco captures a time in NY’s club history that breaks down the roots of what the house music scene should really be about – MUSIC!” – Oscar P (Open Bar Music, West Coast Weekender Founder)

Cleck here to purchase your tickets to what is sure to be one unforgettable celebration. 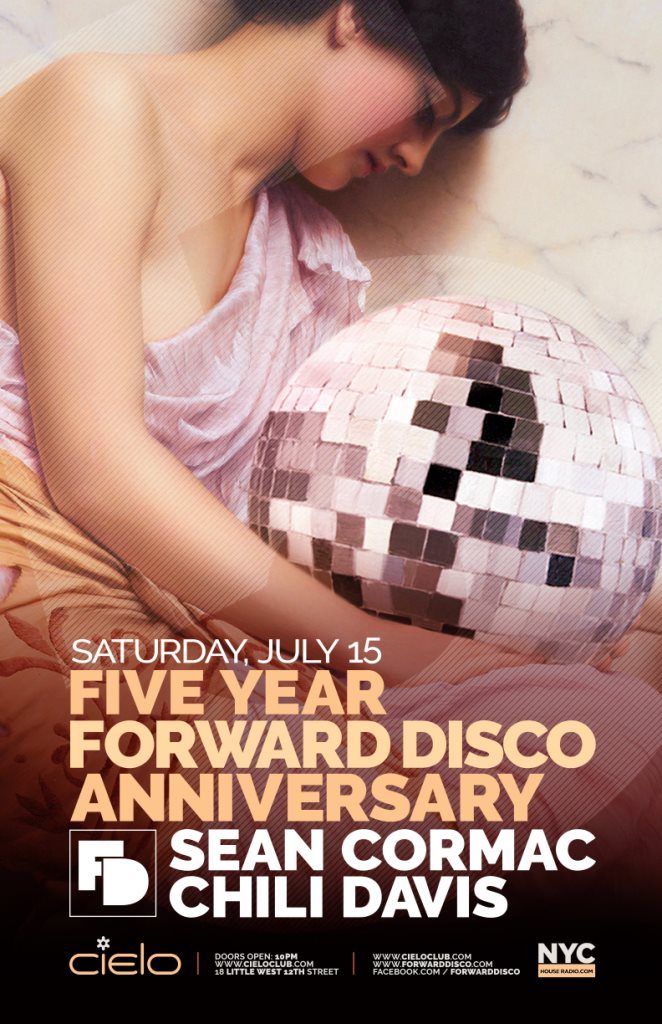