New York City – In the current landscape of electronic music, many believe that, when it comes to creating new sounds, bass-leaning producers have settled for blending in rather than standing out.

But that has never been the case for the Montreal-based DJ/producer Frédérik Durand, known to the festival masses as Snails.

Emerging in 2012 with his debut release, “Bubble Gun,” a buzzy and bewildering collaboration with Apashe on Canadian label Kannibalen Records, Snails sent immediate ripples throughout the bass community and  serious buzz in its blogosphere. No one had heard anything quite like it. His forward-thinking brand of bass music would later evolve into its very own genre, a strain of dubstep endearingly coined “vomitstep.”

Plus, there’s the festival anthem, “Cannonball,” from 2016 with U.K. bass legend Flux Pavilion.

After receiving immense success practically out of the gate, Durand’s career reached a whole new level in 2017. This past year, Snails unleashed his mind-numbing debut album, The Shell (SLUGZ Music), and followed up with a successful North American tour. Additionally, he kicked it off this past October by throwing his own frenzied festival, Sluggtopia, at Denver’s famed Red Rocks Amphitheatre.

During the 2017 holiday season, Durand would make his way to New York City’s revered venue Terminal 5, where DJ Times had the opportunity witness further bass mayhem. We also took the 29-year-old Frédérik Durand aside for a chat to discuss Snails’ monumental 2017. It all went like this:

DJ Times: After playing some of the biggest venues and festivals across the globe, how did it feel to put together a show like Sluggtopia at Red Rocks?
Frédérik Durand: Sluggtopia was unlike anything I’ve experienced before. Like you said, I’ve been lucky to play some insane shows and festivals in a lot of interesting, cool places, but Sluggtopia at Red Rocks was just such a unique personal experience. Putting it all together with my friends and family was surreal and seeing all the fans come out and have the time that they did meant a lot to me. Best party ever! And Gary [the mascot snail] was introduced to the world, which was so awesome.

DJ Times: How did the monstrous custom Snails stage design come together?
Durand: We knew from the start that we wanted to do something unique that no one has ever done before, and a giant snail was the obvious thing to do – ha-ha! Gary is the centerpiece to the whole production. My show is more than just the stage – lights, animations, etc. – but Gary really is what takes it to the next level. Designing it took awhile with my managers and the engineers, but we finally settled on a great design.

DJ Times: Is there a story behind that?
Durand: The idea to have Gary be inflatable came to us because we wanted something that had some movement, but wasn’t like the typical go-to, like just doing pyro, C02, etc. When the bass is slamming through the sound system, Gary starts to headbang with the crowd! That’s what really made it the perfect stage design and I’m glad we settled on what we did.

DJ Times: You’ve have had one of the most active tour schedules amongst DJs throughout the electronic scene. Do nerves ever play a factor when you step behind the CDJs?
Durand: I always get anxious before I go on. Sometimes it gets closer to feeling nervous, but it’s also a feeling of excitement, too. I always want to give fans the best show possible, no matter where I’m at, so before… that’s what I’m thinking about. After I start, and I see everyone going wild, the anxiousness goes away, and I get in the zone.

DJ Times: Are you more of a festival guy or do you prefer playing for the club crowds?
Durand: I love both. They offer a different experience in my opinion. Festival shows are bigger and it’s nice to see so many people going crazy to “vomitstep.” In clubs, it’s nice to settle in and be more intimate and closer with the crowd. We still can party hard, like at a festival, in a club setting, though. Since I’m from a rave/warehouse background, I always love to do those kinds of shows and sometimes they beat the intensity of big festivals.

DJ Times: It seems like you’re always on the road. How do you like to spend your days off or your time back at home?
Durand: When I’m home, I like to get together with friends and family in Montreal or play some video games when I have enough time. Working on music is always nice when I’m home, too, because I’m in my space. Of course, I work on things on the road, but being settled in my home studio is the best. At home, though, I try to keep it chill; relax as much as I can so I’m ready to get back on the road when needed to give the best shows possible!

DJ Times: When it comes to production, where do you find inspiration?
Durand: I get inspiration from all over, whether it’s movies, games, or experiences I have. A lot of my friends are producers who are doing crazy things, too, so that motivates me to work even harder and take my productions to the next level each time I open my DAW. I always try to reproduce the weirdest sounds ever, so if I’m able to do that, well, then my goal is achieved.

DJ Times: Speaking of producing, what gear and programs do you use?
Durand: I mainly use [Propellerhead] Reason, which is not something you hear a lot from producers. I love Reason because it’s so different and it’s a bit more in-your-face technical than the others. I think because Reason is different, it helps me to continue to be distinct with my sound. I also work with Ableton Live, so mixing the two lets me use the best tools of both.

DJ Times: You seem to collaborate with artists more often than not. Why do you choose to go that route as a producer?
Durand: Working with people is motivating to me and I like to bring someone else’s style in and mix it with “vomitstep.” For me, creating in itself is fun, but I really just love working and creating new music with my friends. It also gives me more experience because I get to see how they work and I can learn more about production from them and we can share ideas.

DJ Times:There are many innovators in the world of electronic music, but “vomitstep” is simply in a league of its own, as signature sounds go. Why do you think your style has become a staple throughout the bass scene?
Durand: I think people are attracted to it because it’s so distinct and weird. When you first hear it, it’s not something that you’ve really heard before and people respect that. It was hard for me to take that first step with it because I was unsure if people would enjoy something different. I’m glad I did because the reception over the years has grown and I’m humbled to be someone that people look up to.

DJ Times:How would you describe “vomitstep” to someone who has never heard it before?
Durand: Slimy, gut-wrenching bass! Something organic and less robotic-sounding.
DJ Times: Who or what introduced you to the world of bass music?
Durand: I’ve always been interested in harder styles of music. I came from loving metal, so the jump to bass music wasn’t that difficult for me. Electronic music was something I was into, too, but it wasn’t really until guys like Skrillex, 12th Planet, Excision, Datsik and Flux Pavilion came along that I knew this was what I wanted to do.

DJ Times: What is it that made you fall in love with the genre?
Durand: Bass music is just so intense and fun. It makes for a great party and people can rage to it easily because it just has so much energy! Like I said, dubstep and bass touch my roots in metal.

DJ Times: Some of the biggest names in bass music are Canadian like yourself – why do you think that is?
Durand: Canada, especially Montreal, is a big hub for being creative. They really push art in general here, especially music. Electronic music has always had its space there, but over the years, bass has really taken hold and incredible producers have come up. I’m not sure why it’s specific to Canada, I think there was just a lot of us motivating each other to take it to the next level to honor some of the Canadian bass acts we were looking up to.

DJ Times: How would you say your sound has evolved since the release of “Shawty” four years ago?
Durand: “Vomitstep” has definitely grown since “Shawty,” and I’ve refined it over the years. “Shawty” was a bit deeper than what I do now which usually focuses more on bringing a lot of energy and groove. I’d have to say “vomitstep” has become a bit heavier since then, too – ha-ha. Metal is slowly infusing itself into bass music and I’m moving more in that direction myself.

DJ Times: You’ve released plenty of tracks over the years, but The Shell was your debut album. What was the process like putting a 12-track album together?
Durand: Putting together an album is a totally different process than making singles or an EP. For an album, you really have to try and tell a story and make sure all the tracks connect well with each other. With an EP, you can do the same, but it’s on a much smaller scale and you can get away with just slapping two to four records together that aren’t really cohesive. The Shell took a lot of time, but it was worth it. I think the main thing for me was keeping the concept in mind, while I was working on tracks and making sure to keep with the vision I had from the start in building out my Snails universe.

DJ Times: What would you say is your favorite track of the album?
Durand: That’s too tough – ha-ha. That’s like picking a favoritechild! Each song has a special meaning to me and was included for specific purposes. Collaborating with everyone was special for different reasons, so I don’t think I could pick a single one. For me, this album was more about my own journey and giving people an immersive experience all in one project. We had to release some singles beforehand and that was hard because The Shell really is about the whole, rather than its individual parts.

DJ Times: OK, gun to your head… gotta pick one!
Durand: If it was life or death and I absolutely had to pick one, I’d have to choose “The Anthem” because I dedicate that one to all of my fans. We all chant together to that one.

DJ Times: After the release of your debut album, Sluggtopia at Red Rocks and The Shell global tour, what can Snails fans expect from you in 2018?
Durand: In 2018, we’re going to try and continue to build upon what we did in 2017. We’re going to go bigger and expand the Snails universe. I think 2017 was the launching point for what I really want to do. All I can say is more music and more special show experiences. You’ll just have to wait and see for 2018! 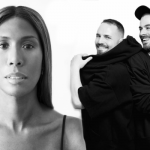 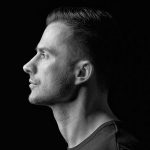