After a string of singles and remixes that caught the collective ear of Britain’s drum-n-bass community, plus a bona fide radio hit – 2014’s “Way We Are” (featuring Melissa Steel) – Kove decided to cool it for a while.

In February 2017, the U.K.-based electronic producer took a step back from performing, focusing more on sharpening his studio artistry and giving more attention to his health and personal relationships. The personal time paid off because he returned later in the year with the splendid “In From the Cold” EP. Featuring frenetic, yet hypnotic single “Ain’t No Love,” the four-song release delivers heavily textured, but raw sounds, covering the vast expanses of d-n-b’s ever-sprawling aural landscape.

We recently caught up with the U.K.-based Kove – aka 27-year-old James Rockhill – who explained his artistic upbringing and his approach to music.

Kove: I grew to be a DJ through necessity rather than a hobby or anything like that. It’s a given these days that, generally, if you’re a producer you’re going to end up a DJ. I borrowed a pair of belt-drive decks and a collection of old drum-n-bass on vinyl and begun that long journey of learning how to mix. I got fairly good on vinyl, which then made the inevitable transition onto CDJs far easier.

Kove: As soon as I was big enough to hold one, I had a guitar in my lap. From there, I had a fairly regimented classical education and then moved onto university to study electronic music. However, the course was so archaic…. it wasn’t long after that I wasn’t showing up and had to leave!

DJ Times: What attracted you to drum-n-bass?

Kove: The energy hooks you. I didn’t know much about it before I moved to London and started hitting the clubs. I went to a RAM Night at Fabric nightclub, and once you hear d-n-b in a club setting, it all makes sense.

DJ Times: Which producers influenced you?

Kove: I began getting into d-n-b around ’08 and just around that time acts like Sub Focus and Chase & Status were releasing their first albums, so I ended up being influenced a lot by their style of music. They killed it on the dancefloor, but always had a catchy melodic edge to them, which is something I like to think I achieve with my tunes. I’ve found the older I get the further back I go in what influences me. For instance, now I’m finding myself listening to a lot of stuff like Ram Trilogy and Moving Fusion, and dipping further into the Virus Recordings catalog. I love the raw simplicity of that late-’90s era.

DJ Times: The EP’s lead single is “Ain’t No Love” – tell us about that tune.

Kove: It had a bit of a strange beginning. I was recording some voiceovers for a comedian friend of mine. As we were wrapping up, he started ad-libbing vocal lines, totally unprompted. I got him to record the phrase he had just sung – one take later and we had the whole vocal for the tune. From there, it was a case of working out where on earth it should go. I added the Mellotron string line and left it at that for a while. I also had a separate, old-school-flavored tune I had been working on that just happened to be in the same key, so I stuck them together and the tune was born. I’m really happy how it switches up on the drop into something dark and dirty, as the intro is so cinematic.

Kove: I’m nearly entirely in the box at the moment. I’ve been a longtime Logic user, nearly 11 years now, so I know it like the back of my hand. I’ve tried my hand at other DAWs, but I can’t seem to wrap my head around them. Synths-wise, the majority of my sound comes from MASSIVE and MONARK from Native Instruments and [Spectrasonics] Omnisphere. I’ve recently started exploring Alchemy [in Logic] a lot more. It’s such a powerful synth despite the majority of the presets being garbage. I do have an old tape delay from the ’60s rigged up, it’s a lovely bit of kit, but the fuses blow constantly, so I tend to just end up using the plug-in equivalent.

Kove: Pioneer DJ’s CDJ-2000nexus player and a DJM-900nexus mixer. I’m a big fan of the sync functionality. If I can, I like to use at least three decks, so I can get creative when I’m playing.

Kove: The most rewarding part is that connection you get with the people on the floor. It’s a great feeling to know that you’re the reason someone is losing their shit – ha-ha! 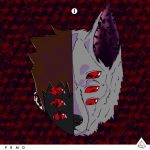 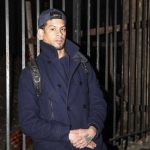