Wherever Nicole Moudaber is, she changes the atmosphere, quite literally overtaking the mood.

So, it is apt that “mood” is the catchword upon which her brand is based. The polymath DJ/producer/label owner/event presenter is a global entity, coming from African birth, Middle Eastern parents, and a U.K. base. Her distinctive dark, emotive and deep techno style puts the focus on the vibe she’s creating with her bottomless selections.

This is best experienced at her own MoodZONE and MoodRAW parties, the former at festival stages and established club nights, the latter at bare-bones spots, such as untamed warehouses. For an even more far-reaching side of Moudaber, there is her weekly “In The MOOD” radio show.

Five years ago, Moudaber started her own MOOD imprint. This is after establishing herself as a producer, boasting tracks and EPs on many labels, including Carl Cox’s Intec and Adam Beyer’s Drumcode, where her 2013 artist album, Believe, was released.

Fifty MOOD releases down the line, Moudaber commemorates the occasion with MOOD50: The Best of MOOD, Mixed & Compiled by Nicole Moudaber. A strong representation of MOOD, the 17 tracks on MOOD50 shift like a kaleidoscope, subtle yet vivid. Highlights include Moudaber’s own intense and hypnotic numbers: “Her Dub Material,” “Organic Love” and “Love Someone Else.” Plus, there’s Moudaber’s perennial favorite with Carl Cox, “See You Next Tuesday,” which gets a fresh remix, as well as flawless selections from Joel Mull (the robust “Terraplane”) and Sly Faux (the spooky “Incandescence”).

Much like Moudaber’s DJ sets, MOOD50 is put together using Ableton Live software. “I’m really happy with my set-up,” she says. “I use Ableton Push2 [controller] and the [PLAYdifferently] Model 1 mixer. I’ve got an amazing Antelope Orion 32+ soundcard. I have Native Instruments Xone K2 and Traktor controllers. The knowledge and practice on that is endless. I fire samples and loops and loads of effects and use plug-ins to create big builds in my DJ sets. It makes the experience much more fun. Every time, I create something improvisational and artistic on the fly. You can never recreate that moment. Even if I put it exactly the same way, it won’t be the same.”

Having promoted club nights at London’s long-running venue Turnmills—500 DJs for six years running—Moudaber understands how to program a party from dual sides, promoter and DJ. She hosted wildly successful MoodZONE stages at EDC New York in 2016 and at EDC Vegas and at Escape: Psycho Circus in 2017. Of course, there are also her MoodRAW events, with their stripped-back environment and frill-free production, put the attention on the music.

“It’s nice to musically construct what is before you and after you,” she says. “I’m not the type of person that comes in and does whatever I’m supposed to do without taking into consideration the people around and their musical vibe. I try to adapt and make sense of the transitional period between the one before me and one that’s coming after me. A lot of people don’t do that, and I don’t understand it. It throws people off and it cuts the party.”

In contrast, after three and a half years, “In The MOOD” has become a sanctuary of sorts for Moudaber. “When I started doing the show, the commitment of delivering a weekly radio show was a very daunting idea,” she recalls. “Now, it’s a ritualistic time when I get to be more creative. The radio platform gives me an opportunity to really dig through my library and play stuff I wouldn’t normally. When you’re too busy, sometimes things can get out of hand and you lose track of your creative input and that’s what’s driving me more than anything.”

To this end, Moudaber is working on an artist album, which now she feels would be more of an expression of herself than what she put forth with her debut. “Believe was at the beginning of my career,” says Moudaber. “Having something completely off-the-wall out in the market and people recognizing you from it could have been tricky. Now, I want to do something you can listen to in your lounge or bedroom or on a boat and play over and over without becoming bored.

“I feel inspired to do an album when I’m in a little bit of pain, which I am now. I was in a lot of pain when I did my first album, so I created wonders. How ironic is that?” 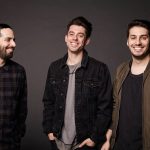 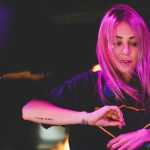