It took James Zabiela the better part of a year to put together Balance 029. It’s not just that he painstakingly chose the 58 tracks that make up the double-disc, mix-compilation in this long-running and well-respected series, but also the number of personal upheavals he’s had to deal with while working on the release.

“I was constantly picking it up and putting it down,” says Zabiela from his English hometown of Southampton. “I kept getting interrupted, which made it very difficult, and everything was taking ages. When I finally handed it in, I changed my mind about one thing five times, ended up with two versions of the first mix and three versions of the second mix, then changed the master files because I wasn’t happy at the last minute. I drove Balance Music absolutely bonkers.”

Zabiela took a different approach toward Balance 029 than he has taken to compiling mixes in the past. He created a playlist for each disc, which are called Act 1 and Act 2. For the former, this was 1,124 tracks, for the latter 1,152, with the odd crossover. Each one of those was divided into folders of: “deffos,” “nearly deffos,” “I like these,” and “possibilities.” This intensity is for one goal only: Finding as many magical mix moments as possible.

“When you have those moments when two records just sing at each other, it’s amazing,” explains Zabiela. “When you’re DJing out, occasionally, you’ll do one of those by accident—and then you’ll replicate that at every gig for the next six months. I wanted to mine for those, which is one of the reasons it took so long, just colliding different tracks into each other trying to find those moments.”

The result is, not surprisingly, very considered. Zabiela takes his time building the mix, and not for a big drop, but more to hit a plateau and maintain the energy there, without wearing the listener out.

On Act 1, Zabiela hits the heady chimes of Talaboman’s “Safe Changes,” going through the ambient washes of Grandbrothers’ “Bloodflow” and the quirky jazz loops of Sad City’s “Steady Jam” along the way, eventually dipping into quiet moments with Second Story & Appleblim’s rework of Debussy’s “Reverie 68.”

Zabiela himself has two new original tracks, one on each mix. “Vines” graces the more downtempo Act 1, while “X-Ray” on Act 2—the livelier of the two mixes—fits in nicely with Avalon Emerson’s ethereal “The Frontier (High Desert Synthapella)” and Redlight’s retro piano-house “City Jams.”

Armed with Ableton Live software and a Pioneer DJ DDJ-RZ controller for rekordbox dj, Zabiela set himself up at his coffee table in his living room for hours at a time. When he found his mix moments, he would make meticulous notes to reference once he was ready to mix. “Cue letter B mix from here with this track,” Zabiela gives an example of one of his notes. “When I load the tracks in rekordbox now, I’ve forgotten what a lot of the things meant, but there’s all sorts of crazy notes all over the cue-points on all these tracks. It looks like the diary of a crazy person in XML form.”

In order to get a visual representation for the mixes on Balance 029, Zabiela has created an intricate “mix guide,” an idea he got from Sasha and John Digweed’s classic Northern Exposure. When it came out in 1996, the teen Zabiela pored over this unique insert, obsessed with the mix. It’s still his favorite of all-time.

“That diagram is basically a timeline with blocks drawn for each track, so you could see what tracks were mixed and when,” recalls Zabiela, now 38. “I owe a great deal to that compilation and that mix guide. The one we drew up for Balance 029 is bananas.”

As somewhat of a reaction to his meticulous Balance 029 experience, Zabiela is contemplating a vinyl-only DJ night in Southampton, where he doesn’t have to lug a record bag through any airports. “There’s something so nice and simple about packing your records for the night,” he says, “and only having those tracks you’ve carefully chosen that would fit in your bag. You can’t take more than what you can carry with you. I miss the simplicity of that. You’re not looking at a screen and you’re physically touching the record, so you feel closer to the music.

“And there are no cue-points and notes and countdowns, so you’re just using your ears and you either know the tracks really well and you’re symbiotic with them, or you’re predicting what’s going to happen. It’s a different feeling altogether.” 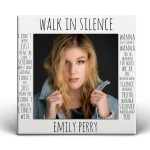 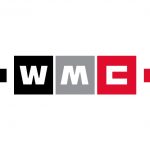