After Artem Lomaz was announced as the Entertainer of the Year at the 2018 DJ Expo at Haven nightclub in the Golden Nugget, photographer Daniel Poznanski hopped on the DJ booth and ripped off a dozen snaps.

“It was chaotic and I ran the shots off really fast,” said Poznanski, an event photographer at Static Discharge Photography who was using a Canon 80D with an 8-millimeter fisheye lens. “In the edit process I chose the one that had the best exposure and the most people looking forward.”

“Never take a picture of just the crowd by itself.”

Entertainer of the Year producer Jake Jacobsen of A2R Entertainment, pictured in the center-left with the microphone, said “We wanted to make it a picture like you would see in a family photo album, because we think of everyone at the conference as family. Daniel captured a wonderful moment of camaraderie and friendship that went far beyond the walls of the Haven Nightclub. I love to find all my friends’ smiling faces. Such a fun night!”

The photo currently hangs on the walls of the offices of both Jacobsen and co-host Michael Alevras.

Getting iconic shots, lensman Daniel Poznanski’s how-to:
“If you get a group of 10 people, and they’re in front of the DJ, I angle myself and get a shot with half the frame filled by the DJ, and then I blow the group of people out in the foreground on the other end of the frame — if you keep it nice and tight then it looks like it’s a full dancefloor.”

“It’s about grouping elements together. Never take a picture of just the crowd by itself. If you group the heads together with an architectural column, the bar, a poster of the venue, or the DJ or the stage, it will always look like something’s going on. It’s good for the bar and it’s great for the DJ.” 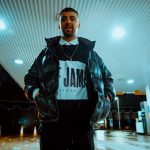 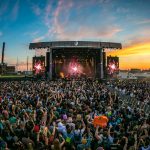