What I’m hearing from a lot of DJs is they’ve applied for the Emergency Declaration Loan and a lot of DJs got some of that. Some DJs who had multiple employees, or had been self employed, have gotten approved through the Payroll Protection Program. I’ve heard from about a half a dozen that said they were able to actually get in through their bank and get approved under the self employment clause.

As far as payouts, here are the two points: if you have employees, and they’re not 1099 and they’re not contractual labor, but you’ve actually had people on payroll that you’ve been issuing paychecks for, the payout has been two and a half times that monthly payroll. So in the first round, what you had to do was submit your payroll records, so DJ companies that had people on payroll could submit those records in the second round when it came to self employment. The self employed individual was based on the net income that was reported on your schedule C. So if I was self employed, and I wanted to apply for the Payroll Protection Program, I had to submit the application and I had to submit either a draft or a finalized copy of my schedule C. And whatever that net income line was, you divide it by 12. And you multiply by two and a half, and that’s what you qualify for.

So the problem is nobody wants to pay taxes. So some of the grumbling out there was DJs saying, well, you know, I get to write off so much and minimize my tax liability. Unfortunately, that’s the only way that that the SBA could qualify that amount because they weren’t in a position to start adding back things like depreciation and home expenses. They just had to keep it as we call it simple, stupid.

Because as loan officers if we had to sit and analyze tax returns to determine what your real cash flow was, it would have slowed down the process tremendously. So the SBA kind of came up with this rule: Let’s keep it real simple. Whatever line 31 says on the schedule C on your tax returns, that’s what your payroll is going to be.

As loan officers if we had to sit and analyze tax returns to determine what your real cash flow was, it would have slowed down the process tremendously.

The good news is that although in April and May we saw a lot of cancellations and moved out dates — and it’s starting to tap into June, July — I’m hearing is that couples are being understanding: those that want to rebook are looking at Friday and Sunday dates. They’re not necessarily looking for the prime dates because those may be already taken up by the venues for 2021. So they’re trying to be creative, which is really helping the DJ industry in the fact that it’s becoming deferred income not lost income, which is a lot of what we feared when this first started to hit when the shelter in place orders were put in place.  I’m having multiple dates where now maybe I would have only did a wedding on say Saturday and Sunday now got a Friday night squeezed in.

So there are positives.

Jerry Bazata is a loan officer and owns DJ Jaz Music and Entertainment in Ogunquit, Maine. 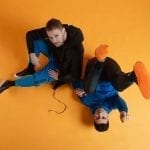 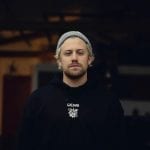