Welcome to the May 2020 edition of “Behind the Wedding Music,” a resource to help build wedding playlists for DJs. I hope you get inspiration from this list of new songs with notable lyrics and fun facts.

Here are the new songs for this month:

Notable Lyrics: “I’m so glad I stayed, right here with you, through the years”

The song was first released by Kenny Rogers in December 1981. The song reached number thirteen on th eBillboard Hot 100 and stayed in the Top 40 for eleven weeks. It also reached number 5 on the Billboard Country Chart.

Facts: Rogers passed away earlier this year on March 20th. The song was first performed at A Benefit for MusiCares in April 2020. Did you know that Rascal Flatts has had 14 number one hits? Band member cousins Gary and Joe are also former members of Little Big Town! The band announced that following their Rascal Flatts Farewell: Life Is a Highway Tour in 2020, it will be the end of Rascal Flatts after more than 20 years.

Notable Lyrics: “I loved you right from the start, You wear the crown in my heart”

The song describes unconditional love and is a mid tempo serenade that can be used as a background song. It already ranks in the top 20 R&B downloads on Amazon.

Facts: After a six year break to focus on family life, KEM returns with this romantic R&B love song. Although, his popular wedding song “Share My Life” was released ten years ago. KEM has three Grammy nominations and five #1 hit singles.

Notable Lyrics: “I’ma need that thing to sway, Dance it, dance it”

I know you are expecting all love songs but people are going to want to party once the confinement restrictions are lifted. This Latin song will make people want to dance and sway your hips!

Facts: Luis Fonsi, is a Puerto Rican singer, songwriter and actor. Luis’ other hits include “Despacito”, “Aquí Estoy Yo” and “Échame la Culpa”. The song was created on the TV Show Songland. The song lyrics originated from PipoBeats, a Chilean artist.

Notable Lyrics: “Take me to the chapel and I’ll wear your mother’s ring, I’ll follow you when you’re wandering and teach you how to lead”

The song was originally written for her brother and his wife as a wedding gift more than 4 years ago. However, string versions of songs make for great ceremony songs and this one is no different.

Facts: Luce is a Folk singer-songwriter based in Nashville, TN.On her latest album, she plays the viola and guitar.

Notable Lyrics: “You and me, all I need, endlessly”

A very sensual slow jam wedding couples could enjoy as a first dance.

Facts: “Endlessly” is from her debut album titled It Was Divine released on April 24th. Alina was born in 1993 and raised in Cleveland, OH.

Notable Lyrics: “You got my heart in your hands, And it just feels right”

The song is an EDM and Country crossover collaboration. Gryffin was inspired by his wife to produce this song and dedicated it to her for their 2nd anniversary.

Facts: Chris has another song released in 2019 titled “Big, Big Plans” with the video featuring his wedding story. Both of their wives are featured in the video of “Hold You Tonight”.

Notable Lyrics: “I knew that you would be my girl, I knew you would right my world”

The song describes how a man knew he met the girl of his dreams to bring home and meet his Mom. It is a mid tempo song that would be perfect to play as a background song or choreographed first dance song.

Facts: Roberson has two song Grammy nominations for “A Tale of Two” in 2010 and “Still” in 2011. In celebration of his first Grammy nomination, Eric’s 2020 tour is titled “Music Fan First 10th Anniversary Tour” once touring dates are confirmed again.

Notable Lyrics: “Come away with me and disappear”

Some of us are lucky to have the chance to experience true love, and some go through life and never know what it means to feel crazy in love when true love does come around. This song is an ode to a lover thrown off by the love experience, promising that no matter what, good or bad, I Got You.

Facts: Shelby won a Grammy for best new artist even though it was her sixth album. Many songs from her latest album are from a soundtrack to an unreleased independent film titled When We Kill the Creators. Lynne stars in the film as a deeply conflicted artist struggling at the intersection of art and commerce.

Notable Lyrics: “I’ll do anything for you (you are my life), My life (one means us two)”

This song will remind you of the soulful R&B music released in the 90s. The story behind the song is reminiscing about how far love goes even when you’re gone. The love still stays and remains. The hope is that you’ve done your best.

Facts: Ledisi is an entrepreneur while starting her own publishing company and successful author of the book Don’t Ever Lose Your Walk: How to Embrace Your Journey.

Notable Lyrics: “There’s a perfect margarita in a mason jar, At the end of the world in a sea of dreams, Where the ocean smiles and the seagulls scream”

When you have your next beach wedding, Jimmy Buffet represents an island escapism lifestyle. This song is a great sing-along song and will get people in the partying mood.

Facts: Did you know that there is an official name for Jimmy Buffet fans? Parrotheads. Parrothead Club chapters in the United States exceed 200 locations. Parrotheads have an annual “Meeting of the Minds” in Key West, Florida, which attracts approximately 3,500 attendees.

The song debuted at number one on the Billboard Hot 100. Why? Because of his genius social media efforts. Once the song was shared on TikTok, it immediately exploded, having everyone trying to do the dance moves.

Facts: Drake shared the song with Toosie, an Atlanta-based dancer. Then, Toosie and his friends created a custom-fit dance for the track. This is also how the song got its name. 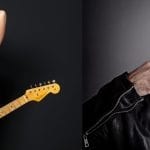 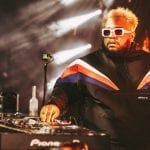