Los Angeles – There was a tall, quiet, young man who often stood on the side of the room where the coolest house-music parties happened. He seemed moody, but really, he was just shy. And he never talked.

“That’s MK,” you’d hear in whispers from party people who are trying not to be obvious, “‘Burning’ MK,” to be specific. For club-music people in the know, that certainly carried some weight.

This was the scene three decades ago, when Marc Kinchen was under 21, and word-of-mouth accolades still meant something. But, as deep-house DJs of the day knew, his tracks backed it all up.

Relatively quickly, MK had become known with numerous original productions (like 1992’s “Burning” feat. Alana) and floor-filling remixes to his name. His remixes were, and still are, so popular that they are ascribed to him more so than the original artist – i.e., MK “Nightcrawlers,” MK “Storm Queen.” (For the record, the remixes were for Nightcrawlers’ “Push the Feeling On” from 1992 and Storm Queen’s “Look Right Through” from 2013.) Still, his career journey has been circuitous.

A Detroit native, Kinchen was weaned in the studios of hometown techno legends, like Kevin Saunderson. Then as now, Motown was a rich musical incubator, but he ventured to New York, a town better suited to his musical style – and the move paid off. At the time, NYC ruled the house-music landscape with clubs like the original Sound Factory and MK’s tunes easily found an audience.

Nonetheless, while still in demand in house-music circles, both Stateside and even more so in the U.K., MK packed off to Los Angeles to produce hip hop and R&B for the hitmakers of those genres (like Pitbull, 702, and Beyoncé). In some quarters, he was spoken of in hushed, revered tones, even more so than before. One of our underground soldiers had successfully crossed over to the unconceivable realm of pop music with our blessing. But he was always going to be ours first.

And then, we got him back, thanks to underground titans Jamie Jones and Lee Foss – and to a lesser degree, Pitbull, who sampled MK’s Nightcrawlers remix on “Hotel Room Service,” his Top-10 hit from 2009. Jones and Foss asked MK to DJ one of their parties, quick blink, and it’s like the decade he was away in Popland never happened. MK landed right back at the top of the game. Headlining slots, sold-out shows, clamoring crowds, magazine covers, remix after remix, collaboration after collaboration, new MK productions, his Area10 label back in business. MK was back.

That was over 10 years ago. Since then, he’s scored with a steady stream of hit productions (like 2017’s “17” and 2019’s “There For You,” a collab with Gorgon City) and influential remixes (like 2013’s “My Head Is a Jungle” by Wankelmut & Emma Louise). Lovers of deep house, including some from different generations who hold contentiously differing definitions of the genre, agree that MK remains a man of the moment.

Now, at the start of his fourth decade in music, Kinchen is still tall, and would be imposing in his DS-2 Death Star T-shirt, if he weren’t so nice and so happy and still so excited to be doing house music. Usually, he’s busy traveling and rarely at his L.A. home. But now with the health crisis impacting everyone’s life, he is there for the foreseeable future, which, on the bright side, means more music production.

Says Kinchen with no small degree of confidence: “I have time to work on a track and not feel rushed. I feel like there will be a lot of really good music coming out over the next six months.” DJs, take note.

DJ Times: How much does traveling as a global DJ impact your production?

MK: It 100-percent affects my production. The last track I did where I didn’t have the pressure of getting on a plane the next day was Storm Queen “Look Right Through.” I had already done two versions of the remix and they were out. I made a third remix because I wanted to. I had maybe two shows a month, so I had free time at home. There was no pressure. I didn’t let anyone hear it. No one knew I was doing it. I had as much as I needed to work on it. That was the last time I had that luxury to work on music like that.

DJ Times: Working on music while on the road hasn’t been productive for you?

MK: I have a laptop with all my software and all my plug-ins, so I can make music on the road, but it’s hard. I’ve tried to do it on the airplane, but it’s really loud. Then there is the excitement of going to do a show. You’re just not vibing sitting on a plane doing music. Then you get to the city you’re playing in and you have friends who want to have dinner. Then you go for drinks before the show. Then you do the show and you’re out until 4 in the morning. Then you have to go somewhere the next day. There’s not much time to fully work on a track.

DJ Times: On the other hand, since you’ve been DJing, you have instant feedback on what you’re working on, which you didn’t have before.

MK: Being a DJ and being able to test your tracks and know what works before it even hits is something you can’t buy. The label said no to “17” being a single, but I played it out and the crowd went nuts. I had DMs, screenshots, and I knew it was the single. Out of all music genres, we have it the best. We can make a song tonight, play it tomorrow, and know if we should go with it. You can’t do that in the pop world.

DJ Times: You spent a lot of time in the pop world with some of the most recognizable names in music – Will Smith, Quincy Jones, Pitbull, to mention a few. At the time you made that shift in the late ’90s, it felt like one of our own had infiltrated the super-high echelons of music.

MK: It felt the opposite of that for me. Working with R&B and hip-hop people, I didn’t feel I could say, “I’m MK – I made house music.” I felt they would say, “OK, and…” So, I never told people. I just acted like I was a new producer and took it from there. Once I got into that world, I wasn’t following dance music at all. That’s when Tiësto and Armin van Buuren were getting massive and that wasn’t my style anyway. I didn’t even know it was still a thing. From where I was, it thought it had died down.

DJ Times: There are many electronic-dance-music producers who think making pop music is a cop out and the easy way out, that slogging away in the trenches is the true art. Having experienced both sides, what is your take on that mindset?

MK: Pop music is so political, way more political than any other music I’ve been in. Quincy Jones signed me to a publishing deal, and I did music for everybody. I went into the studio with, say, Destiny’s Child, recorded a song with them and it didn’t make the album because it wasn’t good enough – but I still got paid. One year, I made $300,000 in fees, and I had one release. It’s not just making a good song. If it was that, I would still be in pop music. You have to deal with managers and their bullshit – and in the urban world, that’s some whole other bullshit. You’re giving people points, production, publishing, in order for them to even use the song, and it doesn’t even matter if the song is good. For someone to say pop music is easy, go try it. Write a song for Ariana Grande and get it on her album. See how many years that will take you.

DJ Times: How has your outlook changed switching from the underground to the mainstream then switching back?

MK: Now I’m political. I’m an artist on Sony and I get submissions sent to me. And I ask: Who did the song? I don’t like their management. Who wrote the song? Who did the keys on it? They did it? Oh, I like them, I want to use it. But, in dance music, it’s the first time I can make a track from start to finish and not give a damn what everyone else thinks. I can say, “This is the single,” and that’s it. There’s so much freedom in this style of music. 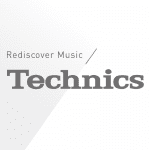 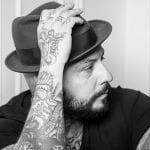