Welcome to the July edition of “Behind the Wedding Music,” a resource to help build your wedding playlists  — designed to help you advise a wedding couple if they’re looking for something fresh in their playlist.

Here are a few new songs that debuted in July 2020:

“Live Out Your Love” is a follow-up to Kem’s R&B chart topping song “Lie To Me” for six weeks. The song is a romantic duet with silky voices.

Notable Lyrics: “The little things you do to me, Now I can see, You were made in heaven, Just for me”

Fun Facts: Kem co-wrote the song with Toni Braxton. Because of COVID-19 concerns, the two could not plan a joint studio session. Thus, Braxton had to send Kem her vocals for the song. The collaboration was initiated when Braxton invited Kem to a live show on Valentine’s Day..

Fun Facts: The song was first released by Ledisi on April 3rd. Ledisi and PJ Morton both hail from New Orleans. Ledisi’s new album, The Wild Card, is set to release on August 28th.

“This song is about the women in our lives — they are strong, ambitious, patient, caring, and intelligent forces of nature. ‘Banks’ is our way of saying we support you and that there’s nothing more beautiful than watching you effortlessly become the very thing you were made to be.”

Notable Lyrics: “I wanna hold you close but never hold you back, Just like the banks to the river, And if you ever feel like you are not enough, I’m gonna break all your mirrors”

Fun Facts: The song is pre-released before the album, Out Of Body, is released on August 28th. NEEDTOBREATHE will release their new album with Celebrating Out of Body, a fully immersive concert experience directed by acclaimed filmmaker Elizabeth Olmstead.

The song tells a love story of being happy with their lover anywhere. Another smash love song following “Nobody But You”.

Notable Lyrics: “But since I met you, I swear, I could be happy anywhere, Any map dot location, You’re always my destination”

Fun Facts: The song’s video features an acoustic version of the song while couple makes googly eyes at each other. They are definitely twitterpated with each other. We are all awaiting news of their marriage.

The song talks about how there’s nothing else she would rather be doing than spending time with her lover forever.

Notable Lyrics: “You know I love you down deep within, You’re my best friend, When we are together it feels like forever, Ain’t nobody like you”

A song in the Afro-Soul-Reggae genre that will bring a feel-good mood.

Notable Lyrics: “I love your love, yeah, Love it when you smile, Say, I would do anything for my love”

Fun Facts: The audio video on YouTube already has more than 1 million views. H.E.R. also released her own reggae influenced song “Do It To Me” in July.

An acoustic cover of the popular song first released by Shania Twain in 1998 on the album Come On Over.

Fun Facts: In 2019, Swims went on tour as a hip-hop artist. Swims’ goal is to break barriers and bring people together.

The song, a catchy party song for Country fans, was released with a purpose to get fans to dance and sing along.

Notable Lyrics: “Vanilla rollie on my wrist, I be Ice, ice baby, Good times, good vibes, Somewhere where I can go crazy”

Fun Facts: This is not Nelly’s first time collaborating on a Country song. Remember his collaboration on the song “Cruise” with Florida Georgia Line? “Good Times Roll” reached #1 on the US iTunes sales chart.

Everyone will be familiar with this song. Popularized by Frank Sinatra, this is an acoustic cover.

Notable Lyrics: “Keep that breathless charm, Won’t you please arrange it? ‘Cause I love you, Just the way you look tonight”

Fun Facts: Frank Sinatra was not the original artist of the song. It was released in the film Swing Time that was performed by Fred Astaire. Stemper is a member of the group Anthem Lights. Anthem Lights released a popular wedding song titled “Wedding Medley (Marry Me, A Thousand Years, All of Me, Bless The Broken Road)”.

The song features a theme that love never gets old.

Notable Lyrics: “You’re all I ever asked for, I can’t hold it in, Put my money on you, All we do is win” 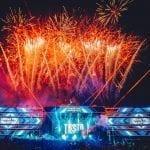 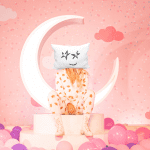