As has been widely reported, world-renowned DJ/producer/label head Erick Morillo was found dead in his home in Miami Beach, Fla., this past Tuesday. At presstime, the cause of death had not been reported.

For the pioneering DJ, his fall from grace was tragic and ugly. He was facing sexual battery charges in Miami Beach and was due in court to face those charges today. It’s an inglorious ending – there’s no getting around that. (It wasn’t his first scrape with the law. In 2009, he was arrested at the Glasgow Airport in Scotland and charged with cocaine possession. In 2010, the charges were dropped.)

But as honesty compels us to report the ignominious details, it also affords a clear look back to Morillo’s days of glory and influence. And there were plenty.

After paying his dues as a mobile jock and club DJ in northern New Jersey, Morillo earned his big break at a 1991 club gig when he dropped a self-crafted Nardo Ranks remix that caught the ear of Latin reggae star El General, who tapped Morillo’s youthful production skills for a series of top-selling cuts like “Muevelo” and “Te Ves Buena.”

“The week after I met [El General], he showed up in a limo at my mom’s house,” said Morillo in a 1998 DJ Times cover story. “I did three cuts on his album, which went platinum and won Billboard Latin Album of the Year. Then I got screwed, never got paid. That’s when I decided I didn’t want to do reggae anymore and I wanted to do house music.”

His biggest crossover hit came with Reel 2 Real on New York’s seminal Strictly Rhythm label. Fronted by rapid-fire dancehall toaster Mad Stuntman, the act hit platinum in 1994 with “I Like to Move It,” a ragga-house tune that gained new life in advertisements, TV and movies, including multiple uses within the “Madagascar” film franchise.

Moving on from Reel 2 Real, Morillo finished up his time on Strictly Rhythm with the enduring house groover “Jazz It Up.” In 1997, he founded Subliminal Records and delivered a slew of club hits from NYC-area producers like Harry Romero, Jose Nunez, and Junior Sanchez, plus global breakout hits like Pete Heller’s “Big Love.”

“It’s something that I always dreamed of,” said Morillo of the original Subliminal Sessions in the 1998 DJ Times story. “We want unity in the dance-music industry, which you hardly ever see. We want to see dance music blow up by helping each other, having the industry come together.”

By the early 2000s, he became an Ibiza favorite with regular nights at Space and a long-running residency at Pacha, which pulled the difficult trick of drawing a spicy mix of genuine underground-house fans and A-list celebs. If you ever caught Morillo on the right evening at Pacha, it was probably a night to remember.

Of course, by then, Morillo had become one of America’s first superstar DJs. He was a reigning resident at Pacha New York, a mega-successful club that he co-founded. By his own admission, Morillo lived the high life and, for good and ill, its trappings and his indulgences form a big part of his complicated legacy.

But his raging talent, his huge influence on DJ/producers, and his overall impact on the industry won’t soon be matched.

“As far as what makes a superstar DJ, I’m fortunate to be in that handful,” said Morillo in another DJ Times cover story, this time in 2005. “I travel around the world… But, you also really have to love what you do and you gotta go into a room and rock a fucking crowd. That’s it. There are no shortcuts in that respect.”

For this story, we reached out to a variety of DJs, plus a group of current and former New York dance-music industry insiders:

“Morillo took you to another place, almost as if he had a spell on you.” – Hazel Zoleta, OnCue Management

“He was so unique behind the decks, very festive. He mixed three records at the same time and it seemed to be one song. He was a super mixer, juggler. We never missed his whistling or him getting on the mic while he danced during his sets. A great entertainer with an unmistakable style.” – DJ Vivona, DJ/producer, Sunclock Music

“He was a DJ’s DJ – hands down. There was no DJ in the world who could destroy a club like Erick Morillo.” – Debra Eriksen, Oracle Entertainment

On His Musical Legacy:

“Erick’s impact on the culture was undeniable.” – Junior Sanchez, DJ/producer

“He had the ability to marry different genres, where it would translate nicely onto the dancefloor.” – Annie Ramirez, former Strictly Rhythm/Subliminal Records employee

“Erick’s legacy may be one of having the foresight and persistence of making DJing into a business model and not just a hobby for the weekend.” – Mario Lobo, former Strictly Rhythm employee

“Regardless of the ups and downs in his life, you can’t take away from the fact that he arrived, worked hard, and showed us [DJs] what’s possible. That can never be taken away. We needed guys like Erick doing this in the NYC scene. It had an impact. It inspired many. It made us believers.” – Oscar P, DJ/producer, Media Services

“Erick was a rare musical breed able to combine his creative talents with administrative skills – traits that require different sides of the brain. He was one of only a handful of DJs-turned-remixers-turned-producers-turned artists-turned-record-label owner. Quite a feat.” – Brad LeBeau, PRO MOTION

On His Lifestyle & the Pitfalls:

“Like any human, Erick Morillo might have done questionable things. But just as any who seek the extraordinary, burning the candle at both ends, he burnt twice as bright, yet lasted half as long. We may say he’s gone too soon, but he lived fully. R.I.P. – Inma Suarez Ramirez, former Subliminal Records employee

“He was always professional with me, but he was quite troubled – haunted by numerous demons. Seems like things continued to spiral out of control for him – from being arrested for drug possession/trafficking to the recent sexual-assault charges. There are so many mixed emotions out there. It’s sad that there will be a dark shadow hanging over his legacy. I hope now he can have some peace.” – SiouxZ, Magnum PR

“Some DJ/producers catch it as they go along. Erick Morillo was born with it – to create and be a trailblazer for dance music. But one has to keep a light around, though, so darkness can’t destroy your gift that the creator sent you here with. R.I.P., my love….” – Barbara Tucker, Artist 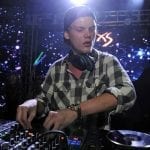 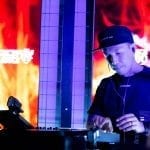