New York City – We’ve braved the heat of the desert, and we’re ready to party this weekend in New York with house royalty.

This past weekend, the America’s Best DJ Summer Tour Presented By Pioneer DJ & DJ Times headed to the Las Vegas Motor Speedway for Electric Daisy Carnival to rave with over 300,000 other attendees. Taking place from June 19-21, the three-day fest boasted seven jaw-dropping stages that hosted just about every major name in electronic music. While there, we collected a record number of votes from dedicated fans, who trekked out to the Pioneer DJ booth to check out the company’s latest products and make their pick for #ABDJ2015.

This weekend, we’re back in NYC to party in the Meatpacking District with hometown hero and America’s Best DJ nominee David Morales. As mentioned in DJ Times’ NYC Pride 2015 Party Guide, Morales will join fellow DEF MIX member Hector Romero at Cielo for its Forward Disco party. It’s sure to be a packed night, with sets from residents Sean Cormac and Chili Davis as well as a special performance from Janice Robinson of her forthcoming single “There Must Be Love” with Morales.

As always, we’ll hold down a dedicated table to collect votes and pass out issues of DJ Times. Stop by to cast your ballot for a chance to win a trip for two to the official ABDJ crowning ceremony/closing party at Omnia San Diego on October 11 as well as valuable prizes from Pioneer DJ. Want more chances to vote and win? Vote for five more DJs at AmericasBestDJ.us/Vote and enter to win a pair of Pioneer HDJ-2000mk2 headphones from a summer giveaway series here.

See you on the dancefloor. 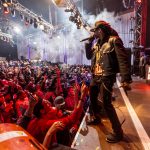 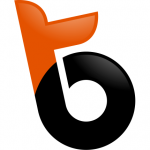