When considering the trip to Atlantic City, N.J., this past August for his first DJ Expo, Adam Tiegs of the Seattle-based Adam’s DJ Service says that he had trepidations about crossing the country for the show.

“But I actually enjoyed my experience there,” says Tiegs of his coast-to-coast trip. “Specifically, I connected with some presenters and manufacturers’ representatives.”

Although he didn’t purchase anything from the exhibit hall—after all, it’s a long way back to the Pacific Northwest—Tiegs says he gleaned valuable knowledge during the event.

“I learned a few things about copyright law from Jason [Walsh] at the USDJA booth,” he says, “like how to properly have a mix of copyrighted music without breaking any laws, and I like the new MARQ light fixtures due to both quality and price.

“The RCF speakers really blew me away, both on the main stage and in their booth. Denon’s new battery-powered speaker [Envoi]—with MP3 player and wireless mic included—and Pioneer’s new XDJ-RX [rekordbox-compatible DJ system] are two products to watch out for. IP65-rated fixtures from Chauvet are intriguing—I’m waiting for DMX-controlled magnetic fixtures. QSC Audio is always solid. Denon’s new MC4000 Serato controller is a great value. Reloop’s turntables are a neat tool. Pioneer’s DJM-S9 is a nice mixer.

“Also, did I mention the new Bose, Pioneer and Denon speaker lines all sound solid?”

We polled mobile jocks from throughout the country—including a couple who have been attending the DJ Expo for a decade or more—to find out what they enjoyed the most about the convention this year.

Produced by DJ Times and its publisher Testa Communications at the Trump Taj Mahal, DJ Expo presented to attendees more than 200 exhibitor booths from nearly 100 companies, displaying hardware, software and specialty products. With its 30th show in 25 years, DJ Expo produced a full schedule of exhibits, seminars and parties.

“The beauty of this show was that it had mobiles, club guys and radio personalities all coming together with the manufacturers, the experienced older folks, the newbies, the EDM guys and the hip-hop guys,” Tiegs continues. “And the celebrity DJs were great to see in action, too—I mean, how can anyone claim to be a DJ and not be into turntablism?

“Classes with manufacturers teaching about their new products were great as well—although some microphone companies were missing and it would have been nice to see them there.”

Tiegs says there were quite a few things to be gleaned from the classes he attended. “I learned a new game I really like,” he says, “though I’m still waiting for the questions from ‘Sit-Down-If.’ I got some knowledge from some producers, remixers, attorneys, fellow DJs and entertainers and music junkies.”

A 25-year veteran of the music industry, Dave Mundo of Mundo Entertainment in Rutherford, N.J., didn’t have to travel nearly as far as Tiegs to attend this year’s show. He says the industry has evolved so quickly over the past eight years since he last attended, so now he’s back to trying to stay ahead of the curve and the trends as a full-time professional DJ. This time he also attended with the perspective of a retailer.

“What I saw this year was a search for audio and lighting that is stronger, smaller, lighter and more attractive to the eye,” says Mundo. “I was impressed with the new Epsilon lighting products, as many of my customers have jumped on the Chauvet Intimidator 350 moving heads over the last couple of years. I see these new Epsilon products giving the customers products like the E-Beam 2RW, which is a monster, and the Mini Spot 600, which for the money can’t be beat.”

Mundo adds that next big thing was the video panels by ADJ, which he says “have finally given the DJ an American-based company to support the service calls when needed and bringing the price point to a reachable level.

“Production is where the money is at for most DJ entertainers and, with the oversaturation of ‘photo-booth guys’ and moving heads, we look for the next big thing to stand out and be unique in our market.

“Video panels are not for most DJs, and I’m sure very soon most would choose to sub out the jobs to the guys that made the investment, but the Expo this year showed me that DJs are looking to get stronger, lighter and more efficient products at a better price point, and it’s good to see the manufacturers responding.”

Although Jerry Bazata of Jaz Music & Entertainment in Ogunquit, Maine, has been attending the DJ Expo for 15 years, what made this year’s event even more special for him was seeing it through his daughter’s eyes.

“For the past few years, Isabella has asked me about coming to the DJ Expo and this year was finally her chance,” Bazata explains. “She loves music and the theater and has begun to start out her own career as a DJ at age 11.

“She attended several of the seminars, of which her favorite was the ‘DJ MC All-Stars’ hosted by Steve Moody—particularly [the contributions of] Shani Barnett—and then spent time on the exhibit floor looking at equipment and learning from the experts.”

Bazata reports that the vendors were helpful and willing to take the time to explain and teach his daughter about the equipment, and he specifically mentioned the teams at ADJ and retailer IDJNOW.

“She even purchased her first gig bag in anticipation of Dad getting her a laptop and controller,” he says with a chuckle. “In her words, as we left the show floor, ‘This was even more exciting than Walt Disney World!’”

Bazata says DJ Expo ’15 exceeded his expectations for networking, learning and grabbing one or more pieces of the latest in DJ equipment.

“A congratulatory note to all those who worked hard to prepare and present their insight knowledge and years of experience to the attendees,” he says. “Regardless of the topic, I felt there was at least one takeaway that seminar attendees were able to gleam from simply sitting and listening.

“By far, the shining star of this year’s seminars was Jodi Duston and her team with the presentation on LGBT weddings. Not only did they provide insight and knowledge on how to appropriately engage with the LGBT wedding community, but also openly discussed issues within our industry. The audience was engaged and enthusiastic, and very complimentary of their presentation.”

As a presenter himself for “The Art of the Review as a Business Tool” seminar, Bazata says the most important aspect of the annual DJ Expo is always having the opportunity to reconnect with those who’ve inspired him over the past 15 years.

“The chance to share my knowledge and experience with others and walk away with a dozen new connections is great,” he says. “I was humbled by the overwhelming comments from past attendees, who shared with me how my seminars over the years have helped them achieve their financial goals, and this year’s seminar on their opinions was no exception.

“I saw and met many new faces at my own seminar, and this year was the most engaging ever, with more questions than I was able to handle in the 90-minute presentation. However, that ended up being a good thing, because it allowed me to talk with more people throughout the four days of the show.” 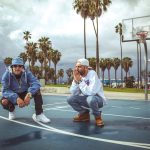 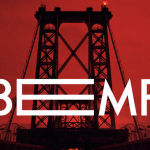