Atlantic City, N.J. – Sometimes in AC, you can beat the odds—and DJ Expo did just that with another successful show at the Trump Taj Mahal this past Aug. 15-18.

Despite the uncertainties surrounding the show’s venue, which announced it would close after Labor Day, DJ Expo raged on. Produced by DJ Times magazine and its publisher Testa Communications, the show sold out its exhibit hall (200 booths) and saw a significant uptick in attendance (6,150 DJs, representing an 8-percent increase from the ’15 show).

The Show: As always, DJ Expo presented a loaded schedule of exhibits, seminars and parties that enjoyed participation from exhibitor/sponsors like ADJ, Chauvet, Digital Music Pool, Electro-Voice, inMusic Brands, Peavey, Pioneer DJ, Promo Only and QSC Audio, among many others. It was DJ Expo’s 31st show in its 26 years.

The Winners: Jack Bermeo of LD DJs in Belleville, N.J., returned to the top of the Expo hill, as he took the main prize in the “DJ of the Year” competition for an unprecedented third time. Hosted by Mike Walter of Elite Entertainment, the annual event bestowed awards in a variety of categories to the best of America’s mobile entertainers. Walter was honored by DJ Times during the evening, as he concluded 15 years as the event MC – Jake Jacobsen of Affair 2 Remember Entertainment will succeed him in 2017.

The Reaction: “Coming into the show, we certainly had our moments of concern related to the venue and its unique situation,” said Vinny Testa, Publisher/President of Testa Communications. “But the Taj and the convention staff really made the show work with very few hiccups. So on behalf of all at DJ Expo and DJ Times, we again thank our exhibitors, panelists and attendees for their support for this and all our shows since 1990. Stay tuned for announcements early next year about DJ Expo 2017.”

Response from Expo exhibitors and attendees was upbeat:

“The attendees at DJ Expo consistently appreciate the gear they touch and deliver valuable feedback on our designs. This year was no exception. The world of DJ gear was alive and no other show really delivers that kind of energy! The DJ Expo is clearly the place to be in August, no matter the venue.”
– Chris Roman, inMusic Brands, Cumberland, RI

“This was the best DJ Expo that QSC has participated in thus far. Our demo room was rocking non-stop, and the QSC-sponsored seminar was well-attended with engaging audience participation. It was a big success for QSC.”
– Brad Zell, QSC Audio, Costa Mesa, CA

“Every year the turnout just gets better and better… We get to meet both new and returning attendees that really appreciate the fact that we continue to return to Atlantic City. The show never ceases to impress us year after year… Thank you, DJ Expo!”
– Paul Saghbazarian, GLP/Cosmic Truss, Sun Valley, CA

“We had a great show—definitely plan on returning next year! The support I received from the DJs was overwhelming. Being handed 214 business cards from new and prior insurance clients… can’t ask for more love than that.”
– Dale Wittick, PEEP Insurance, Hatboro, Pa.

“Electro-Voice was thrilled to be a part of DJ Expo 2016! We had a great turnout for each of our seminars and our booth traffic was excellent all week long. This was the perfect place for EV to showcase our entire powered-speaker lineup in a single place, which really helped attendees find the perfect one for their needs. Thanks to all who came by to visit us – see you next year!”
– Michael Doucot, Electro-Voice, Burnsville, MN

“This year’s DJ Expo really had it all – whether you were looking for DJ-101 stuff or more advanced help, nothing was in short supply. The Expo floor was very busy and the influx of new vendors really made it a great experience. The nightlife parties also were really on-point. Fantastic work once again by DJ Times!”
– Brian Buonassissi, B-Boy Productions, NYC

“Our experience at the DJ Expo was amazing. Seeing all the new tech and meeting all the DJs from around the world really was something we’ll never forget. We will see you next year for sure!”
– Stephen & Justin Kirk, TRYON, Nashville, TN

“DJ Times and its staff need to be commended on the tremendous effort it puts forth to gather the best in the industry—from speakers to manufacturers—in a week filled with knowledge, fun and memories.”
– Jerry Bazata, DJ Jaz Music, Ogunquit, ME

“I’ve been attending the DJ Expo for years and think this was the best one yet. The Expo staff did a tremendous job of bringing together the most talented DJs, producers, artists, and entrepreneurs in the music business. I look forward to being there again next year!”
– Dan Pearson, Lakeside Mgmt Group, Katonah, NY

“The DJ Expo is a must-attend event for all DJs worldwide.”
– Sam Maxion, TVEPN.com, Oakland, CA

DJ Expo is produced by DJ Times magazine and its publisher Testa Communications, which is based in Port Washington, N.Y. 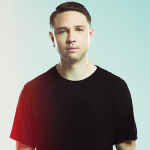 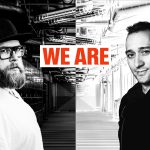 Win A Backstage M&G with Alex M.O.R.P.H. & Paul van Dyk to Celebrate ‘We Are’