“As was heard throughout the Expo,” he recalls, “the annual exhibit floor was like a gigantic Toys-R-Us for the DJ kid inside all of us.”

Keeping that enthusiasm in mind, we asked mobiles who attended this year’s convention about what they learned.

(Held this past Aug. 14-17 in the Atlantic City Convention Center, DJ Expo has been presented annually since 1990 by DJ Times and its publisher Testa Communications.)

Which seminar speakers did they enjoy the most? Which new pieces of equipment did they discover? Did they learn any new dances or interactions they plan to incorporate into future shows?

Bazata says that first and foremost were the seminars presented during the first three days of the Expo—a symposium that encompassed every topic related to performance and building a person’s brand in the competitive market.

“As a presenter each year—this being my 16th anniversary of speaking at the annual DJ Expo—what touches my heart was hearing from those who’ve attended my seminars in the past and were able to implement one or two ideas that helped them become successful business owners,” he says.

“Therefore the most rewarding and memorable experience from the DJ Expo is the ability to network and learn from others, while building long-term relationships and friendships.”

Bazata says that for him the most outstanding seminar during the week was a Q&A with Laidback Luke, the Dutch superstar DJ/producer/entrepreneur.

“Luke offered a straight-forward non-nonsense advice that was down to earth and to the point,” says Bazata. “His message of ‘You’ve Got to Earn Your Place’ in our industry—the fact you’ll not become a success overnight or because you produced your first song—resonated with every member of the audience. He focused his message on working hard, never giving up and being prepared to fail – because it’ll make you a better person in the end.

Bazata says his own seminar on the five keys to business success engaged a very interactive and focused group of attendees.

“The audience participation was one of the best,” he recalls, “and I thank all those who came with some new ideas on how to manage their financial business better.”

On the show floor, Bazata opines that retailers and manufacturers did a great job helping attendees to understand and learn about all the new products on the market.

“Namba Gear Bags—for the traveling DJ—was again a favorite and a featured purchase for me,” he says, rattling off some products that caught his attention. “Scrim King came out with a new tabletop to help hide DJ gear and was on my purchase list. And finally, the ADJ Pinspot battery-operated gobo projector is a must-have for those smaller venues with tight spots where a DJ nonetheless wants to project.

“I actually noticed the projector at a booth selling gobos, which led me to wander over to the ADJ booth and check it out. This was a great example of vendor networking, as both ADJ and Pro-Gobos made a sale of me.”

Up in Queensbury, N.Y., Mark M. Brenneisen of Adirondack Weddings & Events, says this year’s Expo was even better than the 2016 version at the Trump Taj Mahal, despite the fact that this year’s Expo events were split between the Convention Center (exhibits and seminars) and The Tropicana (sponsored evening parties).

“It was honestly good stuff all the way around,” says Brenneisen. “Most people I spoke to about the two separate venues (hotel and convention center) said the transitions and transportation was easy, and I thought so, too.

“Of course, it’s always better to have the event in one spot, but DJ Times did a great job this year considering all we had to deal with.” (Editor’s Note: The Trump Taj Mahal closed after the 2016 show.)

Brenneisen says that he’ll return for the 2018 DJ Expo. “I can get gold nuggets out of any seminar and love the fun in the summer with friends,” he says. “As an American DJ Association chapter president, we continually bring in new content to our meetings each month, along with outside-the-industry speakers.”

Over in Reading, Pa., Denny McConnell of Music to You Entertainment says the annual DJ Expo has actually changed his life, and this year was no different.

“I attended the very first Expo back in 1990, and had a ton of fun meeting DJs from all over the world and being able to pick their brains as to how they ran their businesses,” says McConnell. “Up until then, I’d been a single operator, so the Expo got me to see the bigger picture and how to run my business more efficiently.”

After becoming a multi-op, McConnell has been to every single Expo since, though even after a quarter-century he’s still meeting great new friends and learning something new every year. In fact, he recalls how he further bolstered his business with the addition of karaoke.

“I’m always asking myself how something is going to make me money,” he says . “I couldn’t see my audience liking the wiki-wiki-wiki of the scratching on the 1000s, so it was karaoke and I figured it would be good for maybe three years—long enough to get my money back [on the initial gear investment].

“Well, believe it or not I’m still doing karaoke in 2017, and I’m still going to the Expo every year to steal tidbits from other DJs and meet new friends each year.”

At the end of the week, McConnell went home with a new loudspeaker along with a new mixer—both for providing sound at wedding ceremonies.

Over in the Midwest, KC Kokoruz of The Keith Christopher Entertainment Group in Chicago, praises those leading Expo seminars and events.

“Brian Buonassissi is a rock star and will be the new guy speaking at conferences all over the country,” he says. “His seminar, ‘Do It Like Disney,’ was a great look at the customer experience.

“Donnie Lewis’ session, presented by the New Jersey Disc Jockey Network, was also a good seminar. Donnie gave some awesome tips on projector mapping on walls and cakes, and his information was great.

“Jake Jacobsen’s retooling the ‘DJ of the Year’ to the ‘Entertainer of the Year’ award deserves a ton of credit for his work. He’s a great guy that really did a nice job re-doing the competition.”

Jason Klock from Jason Klock Entertainment in Harrisburg, Pa., arrived at Expo on Wednesday, but still found plenty of takeaways. “I got a couple bullet points to refresh on, that I could share with my crew on my return, just to refresh.”

Klock was able to catch Adam Weitz’s seminar (“Making the Sale: Lessons from the Cruise Ship Industry”), which was about helping customers through the entire experience, funneled through the cruise ship industry.

“Every touchpoint counts with the customer, from start to finish, from the start of the day to rock-n-rolling their party,” says Klock.

“I think, in general, that first experience of ever attending the Expo in August of 2008 really changed the energy and the passion for me to really create what I’ve been able to create and to keep moving forward,” he says. “So I first got there not knowing anybody or anything. No one in my area was in attendance that year – at least that I knew of at the time. I’m sure that, looking back, there were people who I know now. The very first seminar was Mike Walter and his crew, on finding success at bridal shows. It was eye-opening to see.

“And then throughout the years the ‘games seminar’ is always packed for a reason. And I’ve always loved the panel style, personally, because they’re taking one topic and then getting five perspectives. And then I always love the seminar on merging best practices, because I always think that’s an impactful use of a 16-minute time slot.”

In closing, Brenneisen says: “They really did a fantastic job this year with everything and re-inspired me to already want to come back next year. Hold it up high, we keep getting new blood and the Expo is making younger DJs get inspired and becoming successful!” 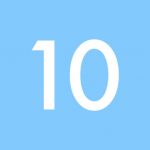