Sophie Francis only graduated high school this past summer. But not unlike fellow Dutch-teen phenom Martin Garrix, Francis—who turns 19 in December—seems to have a golden EDM future.

But it was the ubiquitous vocal track “Walls” that broke her big in late ’16, garnering her mainstage DJ opportunities and a contract with Spinnin’ Records. DJ Times recently connected with Sophie Francis to discuss her quick ascension.

DJ Times: Did you ever expect so many positive things to happen so quickly?
Francis: Not at all! I’ve been playing and learning to produce for a few years. Many people have told me that I have a special feeling for music, to build the right balance into my mixes and ideas. I’ve also been very lucky with people who decided to give me a chance. My manager was willing to go for me for the full 100-percent and invest her energy in me. To be honest, I never could have dreamed this.

DJ Times: For you, DJing started as a school project when you were asked to master a skill over a nine-month period. Why did you choose DJing?
Francis: I always felt strongly attracted to music, so I wanted to do something with it – at that time, I was already playing the piano for several years. I started researching and I realized how DJs could connect and to transfer their emotions and energy to the people. I knew this is what I want to do.

DJ Times: Would you have pursued DJing even without this school project?
Francis: Of course! The excuse of the school project was perfect for letting me put many hours on it during my school time [laughs]. I would have done it anyway, but I think it would have taken a bit longer to get where I am now.

DJ Times: How does it feel to be a young female in a male-dominated industry?
Francis: It’s kind of hard, but getting very used to it. This male-dominated scene is very sexist, for the simple reason of being a girl, a lot of people try to put me down – “girls can’t produce” or “girls can’t mix.” Or I’ll hear worse, explicit sexist comments. For these reasons, I have to work harder and prove myself more than twice.

DJ Times: It can get tiresome, right?

Francis: Please… come beside me or play a back2back if you need to see if I am mixing [laughs]. Of course, I do! And I normally improvise a lot during my sets because I like to connect with the people and make them dance, so you need to adapt on the go.

DJ Times: Who inspires you, production-wise?

Francis: As a great entertainer, Steve Aoki. He definitely knows how to put a show – Dimitri Vegas & Like Mike, too. And I really love the sets from Afrojack.

Francis: My studio isn’t fancy – I’m still a bedroom producer [laughs]. There, I work on my ideas. Then, to record instruments, vocals and work on the final masters, I take my files, laptop, and I go to real studios of friends, or rental studios.

Francis: I started out with a Mac with Logic Pro X, but now I switched to [PreSonus] Studio One [DAW], because I like the workflow better – same amount of work in less clicks. Then I have an Apogee Symphony sound card, a set of Genelec 8050 monitors, a Mackie Big Knob, a Novation Impulse 61 MIDI keyboard, and a pair of piano pedals – M-Audio SP2 and M-Audio EX-P. I use Ableton for making some mashups and small edits. That’s it!

DJ Times: What do you use for DJing?
Francis: I think it’s regular gear – two Pioneer CDJ-2000s and a Pioneer DJM-2000 or 900NXS mixer. Add a pair of decent monitors, a wireless mic, and the show is on! The only special request I always have is a platform for me to stand on. I’m very small and need it to see what I’m doing [laughs]. 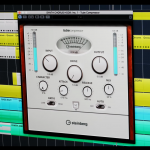 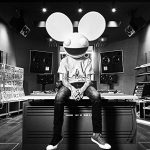