All of Kerri Chandler’s social-media posts sound like handwritten notes he has left especially for you. At the same time that Chandler is creating this personal feel, his inclusive tone is such that he is also speaking to a community of family and close friends, not just fans of his deep, soulful dance music.

And it was through social media that Chandler got the message to his dedicated fans that he was putting together the 61st installment in the well-respected DJ-Kicks compilation series, a longstanding institution that is a good match for Chandler, who is looking at three decades in dance music in his rearview.

As would be expected from Chandler, he has a very unique spin, pun intended, on Kerri Chandler DJ-Kicks. Over the course of the 20-plus selections, he spans genres and eras—leaning heavily into the late ’70s and early ’80s. He segues without a hitch from the hazy jazz of Leroy Hutson’s “Cool Out” to T La Rock’s hip-hop classic “It’s Yours” to Beckie Bell’s disco-flecked “Music Madness.” The funky keys of James Mason’s “Sweet Power of Your Embrace” leads nicely into Chandler’s own keys-driven, expansive “Stop Wasting My Time.” These signature live keys are included at intervals along the mix, at points where he feels it embellish the song or smoothen the transitions between his choices. The seamless mix is narrated by Chandler himself—a familiar voice for those who’ve caught his DJ appearances. He sees himself as a tour guide through this remarkably intimate musical experience, which he sets in New York City.

“This mix is my growing up, like taking you on a tour of the city and all the influences I had,” says the New Jersey-born Chandler. “All the places I go through the mix are my hangouts, how I got to play the music that we used to listen to. There are some newer things on there, but they remind me of the stuff I used to listen to.”

The mix was done using primarily vinyl and CDJs. A house jock with a foot other deep musical flavors, Chandler says he finds the tactility of physical items more expressional. Those who have experienced Chandler’s DJing know that he’s not a “no-checked-luggage” kind of guy. He comes armed with enough gear, software, hardware, cables, and visuals to come as close to possible as recreating his studio in the club. Famous for his lengthy soundchecks that include every corner of the room, Chandler may personally attend to any audio issues, if deemed necessary. His family background in sound engineering makes him an expert is assuring everything is ready, not just for him, but for anyone else DJing that evening.

“My bare minimum is two turntables, two CDJs, a mixer, and a keyboard,” says Chandler who preferred mixer is Pioneer DJM-900NXS2, and about which he says, “I update all the firmware and all the parts, and it doesn’t surprise me when I update. I’m not going to have to worry about any of the channels crashing. I even carry faders with me in case there’s a problem, but I’ve never had any problems. I always know what a Pioneer mixer is going to sound like.

The shorter set times that seem to be the default for newer DJs don’t seem to apply to Chandler. “I’m used to playing New York-resident-DJ hours,” he says of his extended sets. “It’s all I’ve ever known.”

To this end, he has a set of four cloned USBs (as well as a second set of sticks with just firmware updates) and vinyl. He also has his laptop, which provides him with additional sounds and Native Instruments Traktor DJ software. Just in case he’s provided with a non-Pioneer mixer, he brings along some effects pedals.

Much of Chandler’s selections are informed by being familiar with the space and its audience. You’ll find him on the dancefloor, getting a feel for what the crowd is feeling. Plus, he keeps in touch with people across the globe and gets info ahead of his sets on the type of place he’s playing and what he can expect. This is in keeping with his sign-off for everything: “Love, respect and admiration.” 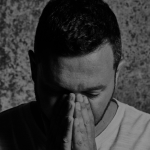 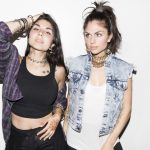 Krewella: The Road Back