Four weeks before the release of his debut album, My Heart, Nic Fanciulli was putting the final touches on The Social Festival, his expertly curated weekender in Kent, England.

As a dance-music staple since the mid-’90s, Fanciulli has collected many high-profile DJ friends, many of whom were on the line-up for the fifth-annual event, which ran this past September. With U.K. legends like Carl Cox, Sasha & Digweed and Terry Francis onboard, plus global faves like Cassy, Monika Kruse and the Martinez Brothers, Fanciulli did his best to out-do himself – but that seems to be standard operating procedure for the English DJ/producer. And such is the case for My Heart, a project 10 years in the making.

Over the years, Fanciulli has become known as one of the masters of the compilation CD, having nine under his belt including a Global Underground collection and two for Renaissance. He’s a fixture on the magical island of Ibiza and remixer for high-profile artists like Gorillaz, Jamie xx, and Radiohead. But for My Heart, Fanciulli truly had to look inward.

“It’s trying to get the right balance,” he says of the album. “The problem is, you overthink things. That’s when it starts to get confusing because you’re trying to keep everyone happy. I stopped doing that. I deleted a lot of tracks and went back to the drawing board and decided, if I like it and it fits the direction I’m going in, I’m going to be happy and that was the end product.

“I didn’t want my DJing to influence the album too much,” he continues. “I would have lost the musicality. I wanted something sonically nice that you could listen to. I was concerned with everything flowing in the right direction. There is no format to this. Even when I was doing my mix compilations, I wanted it to be something where you could play it at an afterparty, but you could also play it in a club.”

Released on Fanciulli’s imprint, Saved Records, My Heart is truly varied. From the ushering opening title track to the carefully crafted outro, “Under Stars,” My Heart moves through deep and dubby with “Twisted” to groove-driven with “Perfect Crime” (featuring Guy Gerber) and a perfectly paced slow builder “Little L” (featuring Eagles & Butterflies), making it a very satisfying listen.

Fanciulli says that many of his ideas for My Heart came to him while on the road, but he fleshed out and finished the project in his home studio in England. Ableton Live is Fanciulli’s comfort zone, having learned that platform in its early days. A Moog Minimoog Voyager and Roland Juno-60 remain standards in his studio, as are a number of soft synths, Novation Ministation and Native Instruments Maschine. It’s the samples, however, that are at the core of My Heart.

“My samples are from early days,” recounts Fanciulli. “It’s me raiding other people’s sample libraries, swapping, like sticker albums or baseball cards. Bring a hard drive and I’ll load you up with some sounds. Over time, I think I’ve managed to get every 808 and 909 you can imagine. I did the sample-pack thing as well, but I just kept hearing people use their samples so unimaginatively. Not trying to recreate it or chop it up or pitch-shift it, so I tried to stay clear of the sample packs. Actually, I made my own and, even when I was doing it, I was like, ‘Uh, this is so fucking boring.’ It took me longer to do the sample pack than anything else.”

The tracks on My Heart have gone through so many iterations over time, some of them to Frankenstein proportions, that the original sample could very well have been removed, or altered beyond recognition. Additionally, Fanciulli went a long way in boosting his work with session musicians as well as enlisting top-of-the-line mix engineers and production team.

However, he tries to avoid a “too-many-cooks” situation in the studio, instead opting to keep collaborators strictly on the internet.

“I learned that a long time ago,” says Fanciulli of studio collabs. “You all have a different opinion and then nothing gets finished. With people like Guy Gerber and Agoria, I took them as examples of where I’d like to be and sent stuff back and forth. I’d write a demo, send the stems, they would add a melody or drum sound or bassline or EQ certain things, back to me, I’d mute out what I didn’t like and bring out what I wanted.

“Apart from me overthinking how everything sounds,” he continues, “it was the most stress-free, organic process I’ve ever done in my life.” 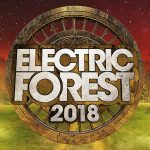 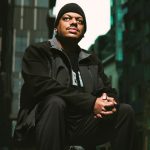