New York City – He may have stolen the electronic spotlight in 2017 with his breakout single, “Light,” but San Holo has most certainly paid his dues leading up to his monumental year.

Shortly after graduating from the esteemed Codarts University for the Arts in Rotterdam, the Dutch DJ/producer (aka Sander van Dijck) got his feet wet in the business by ghost producing for other artists. After some successes in that endeavor, he decided to become the face of his own project, San Holo. Emerging onto the scene in 2014 with his thumping trap remix of Dr. Dre’s “The Next Episode,” van Dijck’s eclectic and forward-thinking production style quickly separated itself from the pack.

Following the success of his debut EP, “Cosmos,” he continued to showcase his mastery with three singles (“We Rise,” “BWU,” and “Still Looking”), plus a handful of collabs with elites like Yellow Claw and Jauz. Eventually, he launched his own label, bitbird, which would later lead to the discovery of fellow Dutchmen, DROELOE, and Belgian talent Taska Black. DJ Times recently connected with San Holo amid his Gouldian Finch 2 Tour to discuss his gear, his process and his label.

DJ Times: How would you describe a San Holo production?

Sander: My productions carry a lot of emotion and nostalgia. For me, the main goal is for my songs to take you back to a moment in your life and how you were feeling at that specific point in time. It doesn’t matter whether it’s a happy or sad moment, but I just love it when I hear a track and all the feelings I had when I heard the track for the first time come back. I also try to work in “sounds” and not “genres,” if that makes sense.

DJ Times: Your sound has evolved quite a bit over the years…

Sander: I’ve never been one to restrict myself to a certain genre. For me, it’s about taking that San Holo “sound” and trying to experiment with that in many different forms. Generally, I also always try and stay ahead of the music curve and look for things that are outside the box. I personally listen to so many different styles of music and I think that’s also where a lot of the inspiration comes from.

DJ Times: You’ve also been using your own vocals quite a bit and singing during your recent tour. What sparked this?

Sander: I just like experimenting a lot. For “I Still See Your Face,” for example, the vocals I recorded myself were initially just scratch vocals. I recorded them thinking that I would eventually replace them with a proper vocalist. During the creation process, I experimented with a couple of different singers, but those original scratch vocals just felt like the perfect match for the song.

DJ Times: What gear do you use?

Sander: I use Ableton Live 9 as my DAW and Sennheiser HD-25s for headphones when on tour. I also recently bought the Apogee One. It’s such a great interface for touring, because I’m now able to record guitars via D.I. or vocals with the built-in mic – whenever, wherever. Fender has been kind enough to support me with a Duo-Sonic and a Mustang from their Offset guitar series, which I perform with, but also record with on tour. When at home, I use my Apogee Duet [interface] for recording and a pair of Yamaha NS-10s for monitoring. I also have a Fender Highway Strat and an acoustic Avalon guitar. When I’m recording vocals at home, I usually use a Shure SM57 or SM7B mic.

Sander: I’m pretty sporadic when it comes to workflow. My projects really are a mess and unorganized. Being on the road so much over the last few years has also made it extremely hard for me to be able to truly get into the proper headspace, sit down, and then start working. Most of the times, I try to work on music at the airport, at the hotel. Pretty much whenever I have the time, really, I’ll be working on something.

DJ Times: Your label, bitbird, has blossomed over the past three years. Why?

Sander: I think we have a very distinct sound and we definitely represent that “music-is-about-emotions-and-not-genres” kind of thinking. We seek out tracks and artists that touch us in a certain way – regardless of the size or the artist or what kind of music he or she makes. If a song is good, we just have to support it.

DJ Times: You are actively involved in A&R for bitbird. What do you look for when signing a track?

Sander: Basically, we look for everything that just touches us and makes us feel something different. I think all the tracks we’ve released so far have something you haven’t heard before. That’s also very much what we look for in songs. Like I said before, we don’t care about the size of an artist’s following or what genre the track is in. I just want to support music that is really good and unique and give talented musicians the platform they deserve.

DJ Times: What advice do you have for young producers?

Sander: Just do whatever feels right to you. Never conform to something just because other people like it or is something popular at the moment. And don’t restrict yourself to one genre. Just explore, have fun and create forever. 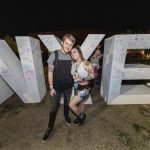 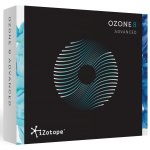