The electronic superstars The Chainsmokers find themselves dominating the blogosphere once again but this time it has nothing to do with a new release or tour announcement.

In a recent interview with Smallzy’s Surgery on the Nova 969 radio network, member Alex Pall confessed that the duo was sold on luxurious Fyre Festival back in 2016 and was hoping to headline the festival’s debut.

“What’s crazy is they killed it on the marketing. I was even sold on it. I was like you have Bella Hadid, it looked like she was gonna be your best friend if you just bought a ticket,” Pall explains.

“I definitely sent a message to my manager and agent when it started rolling before things went south. ‘Like what’s the deal, are we going to get an offer for this festival?”

Well, it’s a good thing they never got that offer considering Fyre quickly became one of the biggest disasters in live enforcement history with the festival’s organizer Billy McFarland being jailed for six years for fraud in 2018 and ordered to pay back $28 million to more than a hundred investors. 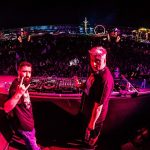 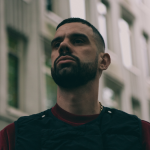