Brooklyn, N.Y. – Let’s just say that Ice-T is a busy man. In between working on TV shows like Law & Order: Special Victims Unit and In Ice Cold Blood, the pioneering gangster rapper somehow finds time to tour with his still-controversial punk-metal act Body Count. Believe it or not, he’s also made time for another, exciting musical project – and that new venture will be on display this week in Brooklyn.

On Thursday night at the Schimanski club in trendy Williamsburg, Brooklyn, fans can get the full flavor of his latest endeavor: EBE Nation Presents Ice-T & Mr. X. With Ice-T on the mic and Mr. X on the decks, the duo will rock Schimanski with tough new tracks (techno/tech-house, rap-rock) from his new Electronic Beat Empire label, plus remixes of Ice-T classics. The event is free to fans through its Eventbrite page.

Mr. X – aka the Bronx-bred Afrika Islam – produced early Ice-T hits like “Colors” and contributed to a pair of legendary Bronx acts, Soulsonic Force and the Rock Steady Crew. After spending the past decade and a half in Germany spinning techno and touring the continent as a working DJ, the masked marvel has reunited with Ice-T to form a new techno imprint, Electronic Beat Empire, and Thursday night at Schimanski will be its American kick-off party.

As an extra, Peavey Electronics will co-sponsor the evening with a slew of fan-friendly gestures. Beginning at 9 p.m., the first 100 fans will enjoy an hour-long, meet-and-greet with Ice-T and Mr. X, plus one hour of open bar. Peavey will also give away plenty of branded swag, including caps, t-shirts, pint glasses, cups and lanyards. Z100 NYC DJ Dramos will open the evening, which will also include sets from hitmaking DJ/producer Tommy Capretto.

DJ Times recently caught up with Ice-T to discuss the big party.

Tell us about Mr. X and the new label venture that you’ll be celebrating Thursday night. What do fans need to know?

Mr. X is a project between myself and my first producer, Afrika Islam, who’s been in Europe for 15 years spinning techno. This marks his return to the United States as a DJ. We decided to start a label – Electronic Beat Empire – so that we could put out records whenever we want and bring in groups that we thought were cool. Just trying to get an outlet in techno music. Right now, we’re about to embark on some club shows and festivals for Mr. X, so people can see exactly what he’s got. But that’s the basis of why we started the label, Electronic Beat Empire – and it’s just the beginning.

Tell us more about the mysterious masked man, Mr. X. He has some deep credentials that span several genres, right?

Mr. X was born in Germany and he played under the name Mr. X and Mr. Y. As I mentioned, Mr. X is Africa Islam and Mr. Y was WestBam, the legendary German DJ/producer. They played together at the Love Parade and all the big festivals in Europe. But with Mr. X being from The Bronx originally, it was time for him to come back. So what you’re going to actually see is a real DJ. You’re not going to see someone hit one button and wave their hands. He’ll be spinning multiple records and playing a lot of stuff that people in the United States haven’t heard of. He’s just a powerful DJ with heavy, heavy skills.

You’ve seen lots of music scenes – hip-hop, punk-metal, and electronic – up-close and for a long time. How important have DJs been to street-music culture?

You gotta remember that the DJ is the basis of all hip hop, for starters. As kids in the inner cities began to create hip hop because they didn’t have bands. It was someone finding out that they could use the instrumental pieces of records and create a groove. Hence, that’s where the rapping came from – and me doing what I ended up doing – because you had an instrumental with no words. Also, DJs would play the breaks of records and that’s where breakdancing came from.

Yes, back in the day in the clubs at the same time, there was a heavy, heavy electronic scene happening, especially in New York, and coming out of Detroit. It was a merger of hip hop and electronic at the very beginning. When you heard groups like Soulsonic Force, they were using Kraftwerk as the basis of “Planet Rock.” So, the DJ has been a very important part of electronic music, whether it’s hip hop or what we now call EDM. Truthfully, hip hop was originally electronic music with just mixers and drum machines.

What kinds of DJs impress Ice-T?

Well, I think a DJ that really impresses me is one that’s actually spinning records and making their own selections and one who can change their setlists at will, depending on how the crowd is reacting. Like many of us, I have seen DJs get up there and hit one button and play a pre-programmed set. That might be cool if I’m at a party and I just want to play a tracklist, but it’s like… if I’m at a live show, I wanna see something live and spontaneous. The best DJs know how to take the crowd up, down and make the set breathe. They have absolute control of the party – and that’s what Mr. X knows how to do because he’s been doing it for years.

What should fans expect from the show on Thursday?

It’ll be filled with techno lovers in Brooklyn. We’re going to film the event and it should be fun. At the end of the day, this is party music, so hopefully everybody enjoys themselves and has a good time and is impressed with Mr. X live. He’s been traveling the world, so now it’s time for the United States to open their eyes and get a little taste for what Mr. X and Electronic Beat Empire is doing. 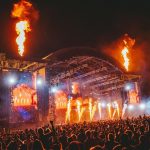 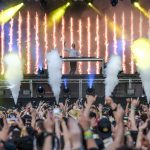