At time when bass music’s popularity is showing no signs of slowing down, the genre’s more melodic side has begun to take more of the spotlight. Thanks to prominent acts like Seven Lions, Adventure Club and Illenium, festival tents and stages continue to draw in big numbers for purveyors of that sound. Of course, another driving force – and perhaps the one with the most upward trajectory these days – is L.A.-based duo, SLANDER.

Its members, Derek Andersen and Scott Land, befriended each other in college, at the UC-Irvine, sharing a common interest in music production. Before long, they began to hone their craft at ICON Collective, Los Angeles’ influential music-production school. During that time, they befriended another up-and-coming talent, Tyler Marenyi (aka NGHTMRE). That connection quickly became beneficial because, in 2014, SLANDER collaborated with him on an edit of Showtek’s “We Like to Party” that quickly dominated the blogosphere.

Looking to cash in on that success, Land and Andersen would continue to work their “heaven trap” sound on some of the scene’s biggest names – Above & Beyond, Seven Lions, Jack Ü – before reuniting with NGHTMRE for their first original production, “Ascensions.”

Continuing to ride the hot hand, the California natives unleashed their fury with a steady flow of releases like “Vanguard,” “New Monarchy,” and a bevy of collabs with NGHTMRE, including their festival anthem, “Gud Vibrations.” In 2015, they connected with WAVZ for their hit single “Love Again,” which has since received well over 10 million streams. It was then that SLANDER was officially catapulted into the spotlight.

With a consistent flow of releases that feature a signature blend of emotional lyricism and satisfying drops, SLANDER remains fan favorites throughout the festival circuit. With its expanding fanbase, Land and Andersen extended its Gud Vibrations brand into a record-label venture with NGHTMRE. In addition to becoming familiar names in the bass scene – on the strength of their monstrous productions – Land and Andersen went on to host their own branded events, this time as label bosses.

As festival-circuit staples this past summer, the duo managed to expand its reach, as it treated its loyal fans with much-anticipated singles – “Love Is Gone” featuring Dylan Matthew, the emotionally charged gem “Potions” (with Said The Sky), and the bone-rattling collab with KOMPANY, “Broken.”

After an unforgettable 2019, SLANDER kicked off the new year with a headlining tour – “The Eye.” Featuring massive new production, including awe-inspiring visuals and amazing audio from PK Sound, the tour will hit 18 cities and is currently set to run through the end of May.

Just as SLANDER released another catchy collab with NGHTMRE (“Feeling Gud”), the duo began to prepare for its upcoming Miami experience. This year at Ultra Music Festival, the Gud Vibrations brand will enjoy a UMF Radio stage label takeover. So, it was in the midst of all this craziness that we caught up with SLANDER’s Derek Andersen and Scott Land.

DJ Times: SLANDER has come quite a long way since being one of the true pioneers of the festival-trap genre. How would you say your sound has evolved since your beginnings?

Andersen: Since we began this project in 2010, we have always evolved. When we started DJing at local parties and small bars, we were playing everything from five-hour hip-hop sets to marathon trance sets. But in 2012 when electronic-based trap music emerged, we knew that was the sound we wanted to learn how to create.

Andersen: The immediate love of this sound came from our mutual love of hip hop and electronic music. Now in 2019, that love still remains and it is reflected in our more emotional records, which try to bridge the gap between the uplifting feeling of trance and the drum flow of hip-hop and dubstep. This sits in stark contrast to some of our more aggressive records from 2018, which lean toward a heavier bass perspective, a taste that has been building within us for years and that has finally come to the light. Simply put even now, nine years later, we continue to evolve.

DJ Times: There is no denying that bass-music lovers seem to have a soft spot for the melodic stuff. Why do you think your “heaven trap” sub-genre resonates so well with the masses?

Land: True emotion will always resonate with people, and fans of bass music are very dedicated because of the nature of bass shows. We thought: Why not combine these two ideas and see what happens? When we first started going to shows, we were huge fans of Above & Beyond, Deadmau5, Cosmic Gate, and Armin van Buuren and we wanted to bring that uplifting spiritual feeling that you get from a trance show into the bass-music world. For us, it was all about combining our past love with our current love and that’s how “heaven trap” came about. We tried to make a trance/trap hybrid with the focus being on real emotion.

Land: “Heaven trap,” for us, simply meant euphoric trap that could make you cry and take you to a higher place emotionally. Initially, we thought this was a terrible idea and that no one would like it, but for us that didn’t matter – and we just wanted to make something we hadn’t heard before, regardless of other opinions.

DJ Times: While we’re on the topic of melodic and emotional… after years of anticipation, “Love is Gone” was finally released this past summer. How did it feel to finally share your highly coveted single and its accompanying music video?

Andersen: At the time, “Love Is Gone” was the most important project we have ever worked on, hands down. The music video took three years to make and we will never forget the initial reaction online. The amount of messages that we received from people saying it was a “masterpiece” or the “best thing they have ever watched” was mind-blowing. Obviously, we hoped for a good reaction, but the love from our fans was overwhelming and truly humbling. The release day for the video will always be one of the happiest days of our lives and we are so grateful for our fans. We also have to shout out Roboto, the creator of the video, for literally putting his heart and soul into it and creating something that is unforgettable.

DJ Times: Was there a sense of pressure to deliver on a track of this magnitude or was it more of a “when-the-timing-is-right” scenario when it came to its release?

Land: For this song, we knew we were going to take our time to make everything right regardless of pressure from fans. Also, our top priority was making sure that the accompanying video for “Love Is Gone” matched the strength of the song – so nothing was rushed.

DJ Times: Some fans believe this release served as the beginning of a new chapter for SLANDER – is this true? The way the “Love Is Gone” video ended has the fans expecting more from this story.

Andersen: For us, this serves true. The next chapter has begun, and we are so excited to show our fan community where it leads soon. “Love Is Gone” is just the first taste of the story and universe we are creating.

DJ Times: Between a music video that has been in the works for over three years and bringing your “The Eye” logo to life with your most recent stage design, you two offer plenty of attention to detail. As artists, why do you believe it is so important to deliver on all angles?

Land: Attention to detail is what separates the good from the great, in our eyes. A few artists we currently look up to are Eric Prydz/Cirez D and Excision. These guys have a few things in common: Extremely loyal cult followings, show-stopping production, and incredible attention to detail on every level. These are the things we want SLANDER to also represent. Our goal is simple: We want to deliver the highest quality experience possible for our fans through our music and performances. Covering all the angles is everything because, to us, true quality is about elevating all aspects of our artistry to their max potential.

DJ Times: It’s certainly not a bad time to be a SLANDER fan. “Love is Gone” was followed by “Potions” with Said The Sky. Walk us through the production process of that collaboration.

Andersen: In early 2017, we cut the “Potions” vocal with the extremely talented singer/songwriter, JT Roach. At that time, we also had about 15 works in progress that needed to be completed and released before we could even start to think about completing “Potions.” Once we finally got around to releasing all that music and it was time to focus on “Potions,” we had a hunch in fall of 2018 that Trevor [Christensen from Said The Sky] might be the perfect person to bring in to give the song new life. In the end, we are so happy with how it turned out and we’re super grateful to have had the opportunity to work with Trevor. The song that was collecting dust finally got to see the light of day.

DJ Times: Where do you guys find the inspiration behind these emotionally charged tunes?

Land: Most of the initial inspiration comes from the vocals themselves, but for “Love Is Gone,” in particular, we just wanted to write the saddest piano piece we had ever written, then the vocal came second. Our rule for the emotional records is that if it doesn’t make us cry, it’s not done yet. We really let our emotions and feeling guide us when we are creating them.

DJ Times: In the studio and onstage, what gear and programs do you use?

Andersen: In the studio we use Ableton Live 10 running on MacBook Pros with some MIDI keyboards/step sequencers. The majority of our work is done in the box. Onstage, we use four Pioneer DJ CDJ-2000Nexus players and a Pioneer DJ DJM-900 mixer. 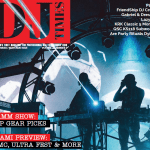 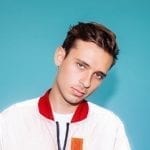