It was a year ago when R. Kelly was arrested in Chicago after being indicted on 10 counts of aggravated criminal sexual abuse. Of the victims listed in the indictment, three of them were between the ages of 13 and 16.

Kelly pleaded not guilty to all the charges and is now detained at a federal prison in Chicago.

Court documents claimed Kelly “used force or threat of force” to engage in sex and oral sexual activity with an underage girl between 2009 and 2010.

Next month his trial will begin in Illinois. (A New York court date is set for May 2020 for a different set of charges).

Once again, the “do you play R. Kelly songs?” will emerge as a topic among DJs as the singer inevitably grabs headlines and his music re-enters the national conversation.

There are varying perspectives on whether to play his music or not.

The “do you play R. Kelly songs?” will emerge as a topic among DJs as his music re-enters the national conversation.

Mike Bacon said he stopped playing R. Kelly after the docuseries Surviving R. Kelly aired in January 2019, which set off the #cancelRkelly movement. “I was a fan, but I’ve avoided playing R Kelly like the plague since then,” he said.

“I had 12 Play when I was twelve,” he said. “It’s hard to tell where you draw the line on person vs. the artist and should these things matter. But based on what we know, Kelly hurt a lot of people and destroyed a bunch of families. That makes it difficult for me to work his songs into the mix. There’s just too much negativity surrounding him to support it.”

Colin Fonolleras aka DJ McRican, says that when he tried to slip in an a cappella in clubs or private events, “it’s like the real life version of in movies when the record backspins and people just stare at you,” he said. “Now, unless a bride and groom put it on their must-play list, I don’t even have it in my crates. I couldn’t tell you the last time I got a request. And even when they put it on their must-play list, I try to talk them out of it.”

Fonolleras added that Kelly hasn’t released anything new or relevant in ages. “If he was still charting or even a feature on a hook, it might be a different story,” he said. “But when was the last time he released a record that was big? 2008 maybe? He was coasting on his legacy before all of this BS from the documentary, but that was the final nail in his coffin.”

If he was still charting or even a feature on a hook, it might be a different story. — Colin Fonolerras

Still, there is a segment of the population that wants to hear his music at parties. “A guest at a corporate function was upset with me because I DECLINED her R. Kelly request,” said Bacon. “She didn’t think playing his music would offend anyone.”

James “The Commander” DJ Latif says his market wants to hear Kelly’s music. “Crowds I play for want to hear him,” said the New York-based DJ. “It’s mandatory in my neck of the woods.”

He added: “If you were playing R. Kelly from back when he was married to Aaliyah (15 y/o) and you only stopped playing his music because charges are actually filed, that’s hypocritical. How many requests did you get for “Backyard Party”?

Mike Bacon has seen “Ignition” remix show up on the “play if time allows” list, but he didn’t play it. “I have steady gigs at several public venues,” he said. “In 2020, a DJ could get fired if someone tweets their dissatisfaction to corporate for hearing an R. Kelly song at their favorite bar/restaurant/club. I’ll just continue to not play his songs.”

Added Fonolerras: “If Michael Jackson wasn’t revered as a god the way he is, I’m sure the same would apply to him too. But as soon as Halloween comes around everybody seems to forget and wants to hear ‘Thriller.'”

“I think DJs focus way too much on their personal opinions about what R. Kelly or Michael Jackson did or didn’t do,” said Alan Chitlik, owner of Puget Sound DJ near Seattle. “If you’re a professional, you should leave your personal opinion out of it. Focus just on your client and the success of their event. In the case of R Kelly and Michael Jackson, there were lots of reports of guests reacting very negatively to their music last year. And I’m sure there were plenty of guests who were uncomfortable without saying anything. I grew up listening to the Jackson 5 and Michael Jackson, but it’s hard to listen to ‘Pretty Young Thing,’ ‘Smooth Criminal’ or ‘Man in the Mirror’ in the same way anymore.”

DJs focus way too much on their personal opinions about what R. Kelly or Michael Jackson did or didn’t do. — Alan Chitlik

Chitlik said his current process is to ask each client what they think and have it serve as a conversation starter. “I will honor their wishes. If they say they don’t care either way and it’s up to me, I won’t play R. Kelly at all and I’ll still be pretty judicious about Michael.”

Added Fonolleras: “To each their own. I just don’t have the desire nor do I see the crowds I play to desperate to hear R. Kelly. There is just so much music out now that it’s easy to play 4-6 hour sets and not even think about an R. Kelly record.” 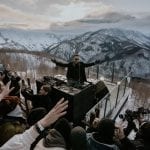 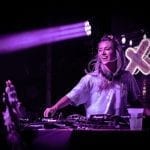 Sippy Reveals The 6 Tracks That Inspired Her Most