DJ Ray Martinez, better known as Ray Mar, died yesterday. Originally from Brooklyn (a Met’s Fan) and a college journalism grad, he was a resident of Goodyear, Arizona, and started his DJ business in 1984.

He died from complications of COVID-19 and is survived by his wife Zoila and four children.

Ray Mar was part of the fabric of the DJ Expo and DJ Times Magazine. That’s why we figured we’d let Ray’s words speak for him, as he was a frequent source for dozens of articles in DJ Times over the years.

In an article we ran in 2018 about staying “young” in the DJ industry:

“Just look at Tony Bennett,” Ray says. “Tony is 90 years old and beloved by so many younger artists, because he keeps up to date with the artists and their music. When young 20- or 30 year-olds meet me they don’t ask my age, but I do tell them that I have over 40 years experience in the music industry. That makes me an expert in my field, so they respect the knowledge I have that most younger DJs may not have received.

“The key is doing your homework and being prepared for the job regardless of a DJ’s age.”

Ray says a great legend in the sports world Hall of Fame, baseball broadcaster Vin Scully, is another example of someone who has stayed relevant in his career by behaving young yet utilizing his experience to the top potential.

“Vince broadcasted Dodger baseball for 66 years until his retirement this past year, and he’s served several generations of baseball fans,” says Ray. “Even today, Scully serves as an inspiration to broadcasters and DJs alike. If you know what you’re talking about and come across as knowledgeable, age doesn’t matter. Experience matters.

“I personally have worked with both Tony Bennett and Vin Scully, and have learned a lot from their expertise, the love of their respective fields, music, sports and finally their passion for their work.”

And here’s another story where RayMar talks about how a client’s negative feedback almost caused him to retire.

Having been a mobile jock since 1974, Ray Martinez of Ray Mar Productions in Goodyear, Arizona says that customer feedback is extremely important for DJs who wish to keep their business going for decades.

“You have to have thick skin in order to receive clients comments, especially if they’re offering constructive criticism, but I believe that advice always help you improve in the long run. If you’re faint at heart criticism could be your downfall, especially if you don’t do anything about it.”

Ray says he has over 230 reviews posted on WeddingWire and The Knot, but the one review that was negative was one that almost caused him to quit the business.

“In her review, the bride had typed in all caps, demonstrating she was not very happy with me, and she wrote things that were not true, which really hurt me professionally,” Ray recalls. “Because I take personal pride and responsibility for my work and actions, I took it very personally, and I almost made the decision to retire from the industry.

“I read the review to my fellow DJs and, thanks to the great advice from my trusted colleagues, they convinced me not to let one performance talk me into retirement. And the great part about this story is I viewed the photos from the reception, which showed everyone on the dance floor—including the priest from the church.

Ray says his DJ friends automatically read right through this bride, and knew that what she wrote was a total fabrication of the facts of what actually happened that evening.

“I’ve always believed that you cannot be responsible for what other people say, do or think. You can only be responsible and be held accountable for your own actions. There’s a verse in Scripture that says, ‘Wisdom comes from a multitude of counselors.’ I’m glad that I didn’t retire, but instead listened to my colleagues advice.

After 43 years of experience, the best advice Ray offers DJs is to read every card, letter, e-mail and review they receive.

“If you know you did your very best that performance and can lay your head on your pillow that night with the highest integrity, you have nothing to worry about,” he says. “But if at your performance you merely went through the motions and as a result received less than stellar reviews or complaints, then it’s time to make some changes to your business and attitude of how you work.”

From 2012, in an article about how he came up with the business name RayMar.

Sometimes a business name can to be randomly inspired by something as simple as a television show.

Ray Martinez of Goodyear, Arizona, who has been working as a mobile jock since 1974, says he was once watching an episode of “I Love Lucy,” and remembers the announcer at the end of the show stating that “This has been a Desilu Production’—short for Desi Arnaz and Lucille Ball, the two stars of the comedy show.

“Immediately I thought of Ray Martinez Productions; then I shortened it to Ray Mar Productions,” Ray recalls. “As a matter of fact, I’ve said in the past that I was Ray Mar before there was a J-Lo.”

From DJ Luke B Renchan:

Ray was like family to me. My kids even call him uncle Ray as he would stay at my home in Rhode Island when he would come out here and DJ weddings for our company.

I met Ray back at the Mid America DJ conference almost 20 years ago. I heard him speak and he inspired me to be a better DJ. We really became friends on the DJ cruise when we sat down and spoke about everything. He helped me through challenges with business and personally. He was always there to listen and provide advice.

Our last trip together was going to the DJ Times conference last year. We drove from Rhode Island and made many stops along the way including surprising him to see his NY Mets as well as taking him to Coney Island  — which he hasn’t seen in many years — and even going by his house where he grew up in Brooklyn. We enjoyed DJ Times and spent time with many people we called family from our DJ community.

This year during the pandemic my family and I decided to do a cross country trip in late June and early July. We were suppose to meet Ray and he had mentioned he wasn’t feeling well. For his protection as well as our family’s protection we decided it would not be a good idea to meet. I never knew that would be the last conversation I had on the phone with Ray. He was an amazing and giving person and I know Ray will be with us in spirit always.”

“I first met RayMar back in the ’90s at a DJ Convention and was introduced to him. That first conversation was to pick his brain about his years as a Mobile DJ. And it was the beginning of a long friendship. RayMar ALWAYS made friends at DJ Conventions. He was one of the personalities that set the tone for our industry.

From our first conversation, he taught me that “This is more than just about playing music at an event; it’s about building relationships with your customers that last beyond the event and can help your business grow.”

We became more than industry colleagues…we became friends. He got to know me on a personal level through the years. He stayed in my home and he even came camping with me and my family. And he always had a great sense of humor.

One of my fondest memories was last October. My fiancée threw me a surprise 50th Birthday Party and RayMar flew in to surprise me. He had orchestrated with my DJ that he was going to call in and then sing a Frank Sinatra song over the phone for me. Well, the DJ started the song and he started singing and made his entrance, completely surprising me and getting a great response from the crowd. Little did I know that he had worked the night before on the West Coast and flew across the country on very little sleep to be there. But that was Ray Mar…that’s who he was and what he did for those he loved.

Rest In Peace RayMar, we’ll keep the dance floor going for you! 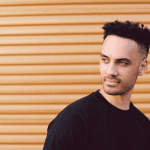 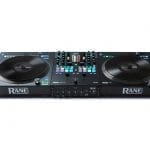