Today is the big day, Porter Robinson‘s sophomore album Nurture has finally been released and it’s a flawless beauty!

Known throughout the electronic dance music space as one of the most forward-thinking and brilliant minds when it comes to production, the North Carolina native showcases a more vulnerable side, unlike anything we’ve seen from him before delivering a truly personal and ultimately inspiring 14-track offering that comes together as an emotionally charged 14-track offering. This is an uplifting and sonically cohesive body of work the evokes true emotion in a time where the world truly needed it most with a majority of the world still trying to recover from the chaos that took place throughout the past year.

Being a brainchild drawing inspiration from one of the roughest patches of his career mentally, Nurture is Porter’s sonic equivalent of light at the end of the tunnel – a rush of hope and a pointer towards a brighter and more open future in addition to finding the beauty in everyday life. It is simply a lethal dose of serotonin from the moment you tap the play button while radiating a vibrant aura throughout. Nurture is something special.

In a recent interview with Apple Music, Porter discussed refining his album during the pandemic:

The thing that I really found perhaps above everything else was just last year. The way that this worked out was the album was supposed to be out ages ago. I had released two singles already and it was right when ‘Something Comforting,’ the second single, came out, it was maybe the Wednesday after that where it was Tom Hanks and the entire NBA – not literally the entire NBA, but that was how it felt – it was at least what the entire United States seem to feel all at once that this is going to be something serious. So there was a moment for me, where I was like, ‘Oh my God, what are we going to do?’ Right after that streaming tanked everywhere. People kind of stopped listening to music for a couple of months there. I think people were just so anxious and we didn’t know how long this was going to last, but ultimately, I kept kind of kicking the pebble further and further away. And that whole time, I was able to take this second look at the album when I thought I was done. And I always talk about how at the end of every album project is that last song, the very last one I make is the thing that ends up resonating. For Worlds that was ‘Sad Machine,’ in the Virtual Self project, ‘Ghost Voices’ was the absolute last-minute track. So then I got to have this year of thinking I was done and feeling this sense of relief and still being able to work on it and refine things. And I ended up removing a couple songs and adding four songs. And the album ended up being so much better off for it.

He also touched on inspiring hope with Nurture:

“It’s funny, I think what I do with music is I’m trying to, especially with the lyrics, I’m trying to give a voice to these internal dialogues and especially on Nurture where you have this relationship between my real voice and then this high pitch modulated voice that I’m using along the album. It’s like I’m trying to find that little piece of internal dialogue, that thing that I’ll say to myself that’s that gut punch and put it perfectly into the lyric. Those are the moments when I feel that kick in the chest when I’m writing lyrics, I just feel so alive when I write something like that. And then at the same time when I find something that feels so perfectly hopeful, it’s like the thing I needed to hear… The lyrics from Nurture, the thing I needed to hear versus the thing I keep telling myself and those things are in constant conflict. And I think that push-pull is what you feel between that chest voice in this digital world. I feel like I’m being pulled around by like, ‘Oh, this is a scary, painful thought. This is what I need to hear and somewhere in there are my actual values.’ But the people who know me in real life, if you were to ask my girlfriend, Rika, I think probably what she would tell you is that I’m like a really playful person. I really like to have fun above all else. I’m always just making stupid jokes and jumping up on the couches. That’s how I tend to live, but I think when I’m down or when I’m just in a lot of pain, it gets really catastrophic for me. It’s a really scary place to be and I know there are others that go through this thing. So I felt if I could write this music that sort of tells you to keep going and that there’s a greater purpose to it all and that it’s worth weathering the storm, because you can lose so much perspective in those horrible moments where you can’t see out of it and it’s like… I’ll often find myself when I’m feeling quite a bit happier down the line, I’m like, ‘I’m so glad I’m still here.'”

Sit back, relax and indulge in Porter Robinson’s flawless new album Nurture in its entirety below. 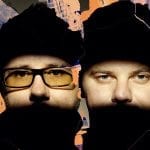 The Chemical Brothers Return With New Single, “The Darkness That You Fear” 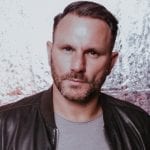