The spirit of the rave is alive and well in James Denney.

If you’ve been in any underground club or festival in the past two years, there’s little doubt you’ve missed out on the Middlesbrough-born DJ/producer’s bouncing tech-slammer “Low Frequency.” Its official release came in the early portion of last year thanks to Hot Creations, but the track had cemented itself as a set staple for nearly every club DJ worth his or her salt in the months leading up (and following) its drop.

While the song’s crossover success managed to propel Denney to electronic music superstardom seemingly overnight, it truly came on the back of nearly 20 years of active DJing, production, and grinding throughout Northern England’s thriving club scene. Since getting his start behind the decks before he could even legally enter a nightclub, the London-based jock has been tirelessly toiling away at his craft, masterfully building a castle of acid-tinged tunes and high-impact sets to the delight of fans everywhere.

Now, with more doors opened than ever thanks to throbbing bass and undeniably catchy vocals of “Low Frequency,” Denney’s got the tech-house world at his feet. With his latest EP—the four-tracker Visualise for Damian Lazarus’ Crosstown Rebels imprint—having dropped earlier this summer, he’s in the midst of a busy summer of touring that includes gigs at Ibiza party stalwarts like Jamie Jones’ Paradise and Steve Lawler’s VIVa Warriors.

We caught up with the man himself during a stop in New York for a no-holds-barred chat touching on his Northern England origins, breakout success, and what he’s got cooking up in the studio.

DJ Times: You were really young when you started DJing, correct?
James Denney: 13, yeah. I got my first decks when I was 13, and I used to DJ school discos. I played rave music, as well, which was quite bizarre for a school disco. When From when I was 16, I always hung around and was sneaking into nightclubs to see Carl Cox and Roger Sanchez, people like that. I met someone through some friends who actually ran nights in Sheffield. I was from near Middlesbrough, which is in the north. He saw me just when I was turning 16 or 17, and he gave me my first break and got me my first club gigs. It went from there, really! I did DJ competitions like the Technics DMC competition in the north of England when I was 17. I was on vinyl then, and it was at the time with CDs [when] it was harder to break through as a DJ because producers started coming through.

DJ Times: When did production come into the mix for you? Was it after DJing?
Denney: Yes, so I started DJing, and all I loved doing was going out and DJing, really. That was all I lived for. I went to what we called colleges in England between the ages of 16 and 18. I did that, and I ended up going to two different ones—I dropped out of one and got thrown out of another one because I just wasn’t into it. I was doing art degrees and English, and I just wasn’t interested, so I ended up taking a music technology course at 19. I did two years there and did pretty well in that, learning the basics of production and got myself a computer to start producing. I started going to a club called Back to Basics in Leeds, which is pretty famous.

DJ Times: What’s that club scene in Leeds like?
Denney: Leeds is the best club scene outside of London. It’s got Back to Basics—which I’m a resident at now—which has been going for 25 years. They were one of the first clubs to bring Daft Punk. Danny Tenaglia, Derrick Carter, DJ Sneak: they were the first club to bring these people through. It’s a massive student city, so there’s continually every three years new blood coming through the city, and there’s three universities there.

DJ Times: The list of people who came out of there includes Lauren Jones, Hot Since 82, Darius Syrossian, and more. How tight-knit is that community there?
Denney: Really tight. It’s really small. It’s crazy because we’ve all grown up together; we’ve all been DJing around Leeds. There’s Miguel Campbell, as well. Everyone used to hang out in the same room, say eight years ago. Everyone would be there, but none of us would be playing professionally; it was just be an afterparty we’d all be DJing.

DJ Times: Was there a particular sound or genre that was biggest over there?
Denney: I’d say house, but there were different braches. There was the Chicago-y thing and Acid House at Back to Basics, and there were other nights doing minimal [techno] because it was quite big then. Laura came from more of the minimal side, and we came from the house and Basics side. Daley [Hot Since 82] was playing quite big room house, like Subliminal, Erick Morillo, that kind of stuff, whereas I personally was always looking at the Acid House. I was always massively into that.

DJ Times: Was Acid House the first genre you were influenced by when you first picked up DJing?
Denney: You know, it wasn’t. When I first started, I was into rave like the early Prodigy—that’s what got me into dance music. It just evolved. I started sneaking into nightclubs, and then got into trance—I guess that was the next progression. The thing that changed it all for me was when I went to go see Judge Jules. I must’ve been 15. Warming up for him was Yousef. I’d never heard proper house, and watching Yousef I was like, ‘This is amazing.” A couple of weeks later, I went and saw Roger Sanchez play, and that was it. Back then he on three decks and he was playing acapellas and using the effects unit—the really basic Pioneer one. So really it was him, Derrick Carter, and Yousef. I started going to Back to Basics because that’s where these DJs were playing regularly. It was listening to the residents like Paul Woolford, Ralph Lawson, people like that. I was hearing the acid, which was so underground, and I opened it up and was like, “This is fucking amazing.”

DJ Times: Jumping ahead a bit, how did you get connected to Steve Lawler and VIVa Music and Management?
Denney: It’s quite weird, really. I used to play in a nightclub called The Empire, which is in Middlesbrough, and Steve was actually a resident there once a month. I used to go see him, but I was playing in the upstairs room. Now, I never knew him then, but flash-forward like 10 years, and a friend of mine was tour managing him. I’d already gotten signed to Hot Creations; this would’ve been about 2012. Looking back, I felt like I’d lost my way musically a little bit. It was when that nu-disco thing was quite big. I just had a big record with Hot Creations [“Ultraviolet”], and I thought I needed to start producing that to carry on, even though I’d never made that type of music. It was never something I aimed to make. After eight months, I wasn’t getting any music signed, and no one was getting back to me and I thought, “What is this?” So I went and saw Danny Tenaglia and got fully inspired. I went, “I’m going to make Acid House again. That’s what I’m doing.” My friend passed these demos to Steve Lawler, and they signed them straight away to VIVa Limited. Then they invited me to play in Leeds to warm-up for VIVa Warriors, and that’s where I went and met everyone. We stayed in touch, and I was sending him music and he was loving it and playing it. Then he asked if I wanted to take a meeting with him, and he asked if I was interested, and that’s how it started.

DJ Times: What’s the relationship with VIVa like?
Denney: VIVa’s like a family. Even though I work with these people, we’ve got really strong, close friendships as well.

DJ Times: “Low Frequency” was such massive track for you and is a sort of “coming out” moment for you. What was the road to that song’s release on Hot Creations?
Denney: I made the other side [of the EP] “Pimp Out” and sent it to Jamie [Jones], and he had signed that. Originally that was going to come out on the Summer Jams compilation, and then—I don’t know! I started going through my vinyl—I have loads of old records—and I found these Todd Terry Sound Design records. I was listening, and they used to those rave stubs and sirens and things, so I thought, “Alright, let’s try and do that.” I made the track really quickly, and the sample in it I actually found about a year before. I sample a lot of vinyl on my computer, and when I find something I just put it in this folder where I’ll occasionally look in and find something. So I did that, and I made it in about two days and sent it to Jamie. I think he came back the same afternoon, and I think a week later they signed it. 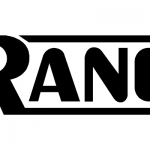 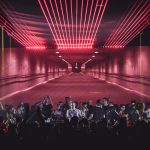