Brooklyn, N.Y. – After months of frothing anticipation and absurd hype, the Aphex Twin show finally landed at Brooklyn’s Avant Gardner this past Thursday night. As this was his first of only two U.S. shows – Coachella next week is the other – there was sure to be unreasonable expectations and FOMO aplenty. So, did the show measure up? You bet it did. 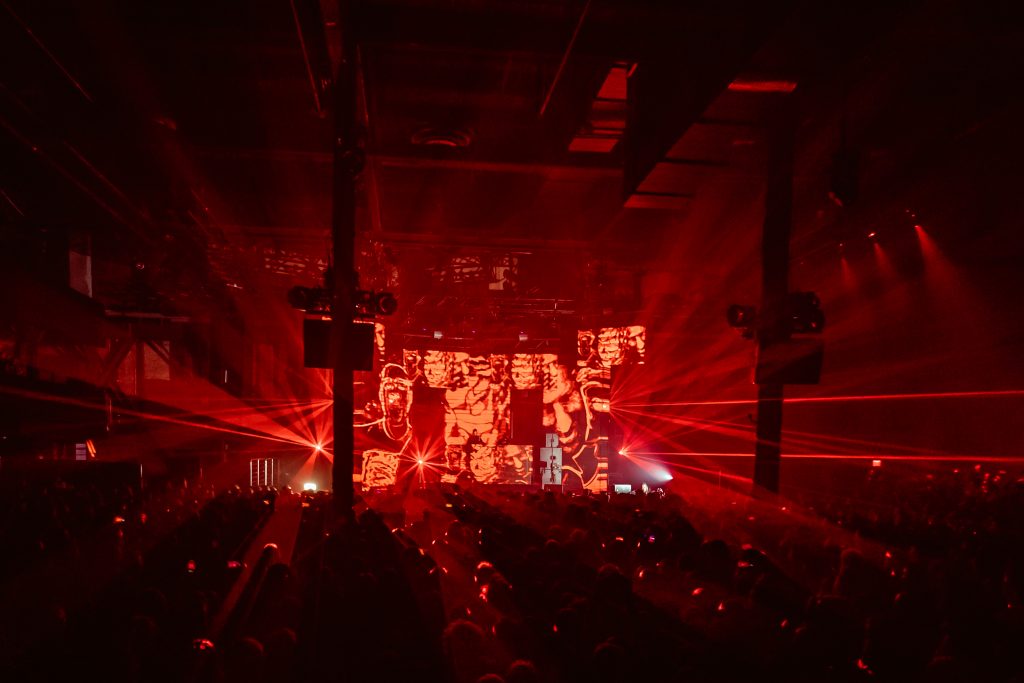 For the gig’s lucky 3,000 ticketholders, it was a uniquely visceral multi-media experience that left many of them wide-eyed and shuddering. Hyperbole? Not really – just ask those who were there. With his full-on, audio-visual assault, Aphex Twin pretty much leveled the place. 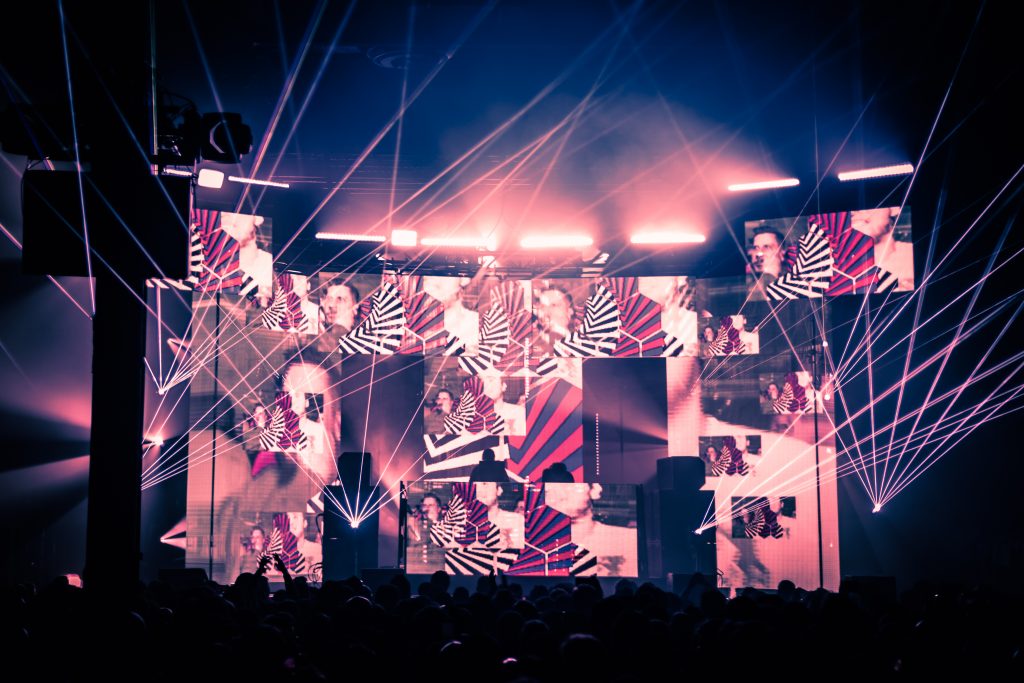 While Aphex Twin doesn’t exactly have a bee in his bonnet onstage, the show’s mixture of outrageous video projections and conventional stage animation (smart lights, lasers, strobes) gave the audience plenty to watch. For example, the collage of New York icons was particularly tickling. In rapid fashion, pics of athletes like Derek Jeter and Mike Piazza, entertainers like Larry Levan and Run-D.M.C., and politicos like Trump (big boos) and AOC (big cheers) were all presented with their faces dramatically rearranged – mouths missing, noses gone, visages chopped in half. The crowd loved it.

During the show’s last half-hour, James blasted the room with a seismic barrage of bass that certainly challenged its structural integrity. Then, he eased up to a degree and, like he was landing a rickety lunar module, James gave everyone an easy touchdown. Just like that, the show was over. James gave the room a thumbs-up and he was gone. Coachella-goers, bring your crash helmets. 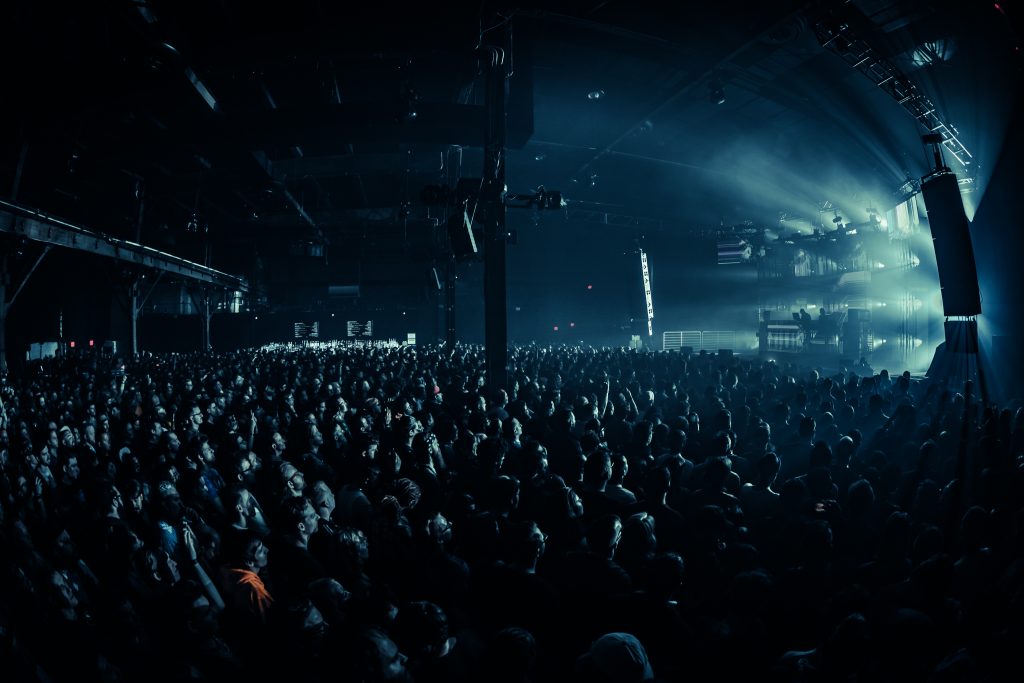 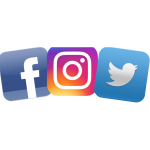 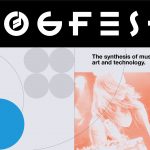