After a happy, storied 11 years together, BLOND:ISH is budding into two separate branches. Vivie-Ann Bakos will continue as BLOND:ISH, while Anstascia D’Elene Corniere has begun pursuing her own personal mission to spread her love through music.

2018 was a big year for BLOND:ISH. They birthed their ABRACADABRA label, their ABRA events branch hosted their own stage at Tomorrowland, they played another stand-out Burning Man set, they had slots at Circoloco, Ibiza residencies with WooMoon, and they played with Black Coffee at Scorpios Mykonos.

In advance of the 3rd SXM Festival on the Caribbean island of Saint Martin this March 13-17—where BLOND:ISH will be playing—DJ Times (DJT) sat down with Vivie-Ann Bakos (VAB) to talk about the duo’s recent split, the festival, her love of Mother Earth, and her best advice for DJs and producers.

DJT: How did you and Anstascia come to the realization that it was time to head your separate ways? Was this something that happened slowly, or suddenly?

VAB: Slowly. It was a beautiful and challenging process for growth as a human being.

DJT: You have the lead remix on Black Coffee’s ‘Wish You Were Here – Remixes’ EP, out on Ultra Records this month. How did you link up with Black Coffee for this project, and do you have anything else in the works with him?

VAB: We’ve been connecting through knobs mostly at his events in Ibiza at Hi at 6am going B2B at the end of the night. He loves to go classic vibes in the wee hours of the morning, so when the remix came through I was inspired to give a wholesome appeal, something you can listen to at all hours of the day with the beautiful vocals on WYWH.

DJT: In 2018, you helped steer a ‘sustainable raving’ movement, which specifically included a beach cleanup in Ibiza and your ‘Bye Bye Plastics’ initiative. Why are you so invested in green initiatives?

VAB: I love our Earth. I appreciate it beyond belief. It gives us everything. I see how out of whack humans and the Earth are, so I wanna do my part, in my circles, where I can actually help inspire and action and impact on change. When I need to get grounded again, or through my meditations connecting with the Earth, nature is my go-to. It’s an instant grounding experience that brings me back to the centre. Through constant traveling you see how much improvement can be made to support the cyclical loop of nature. I couldn’t just turn a blind eye anymore. Music is the strongest glue that can connect a community, so I’m exploring deeply how we can use it for all things Earth. In case you’re wondering about travelling a lot and carbon emissions — also working on a simple method for DJs and anyone who travels a lot to automatically offset their carbons through different programs.

DJT: Do you have any similar green projects planned for 2019, perhaps even at SXM Festival?
VAB: We’ll be working with kids and probably doing a beach clean at SXM — we’re organizing it right now.

DJT: What can fans expect from your set at SXM?

VAB: I’m scheduled for one set at Happy Bay. I’m all about positive fun and uplifting vibes these days! If there’s time for the journey vibes at an after party set, you’ll find me there, for sunset.

DJT: What’s the ethos behind your ABRACADABRA record label?
VAB: It’s pretty simple. I get tons of music sent from budding artists and the music is incredible, so would love to give this as an outlet to express themselves through the label. I remember myself trying to send music to DJs and labels and never getting an answer, I do my best to answer and give feedback to everyone on how they can improve a track. If they agree, we start a conversation that way. I’m working no getting more organized and have someone helping me to condense all the promos from my emails so that I can give everyone feedback accordingly.

DJT: What artists and releases do you have planned for 2019 on ABRACADABRA?
VAB: Lunar Disco EP, West & Hill, Julian Prince (from SXM), Gab Rhome, DIZHARMONIA – Mysterion, SAQIB, and Baham.

DJT: What’s your studio setup?
VAB: My studio at home is quite simple. I have some Genelecs, Universal Audio Apollo Twin MkII Duo, the Electro-Harmonix Deluxe Memory Man, and the TEILE Elektronik delay. Honestly, I switch gear a lot. I’m currently in Hawaii making music with next level composers, too. We’re using the Dave Smith OB-6, Moog DFAM, Moog Model 15, Moog Sub 37, a room full of percussion, and guitars that I don’t play [laughs]. We’re also having fun with Telefunken, Neumann, and Shure SM7 mics. I also play a lot of iPad apps for percussion and live additions. As for plugins right now, I work a lot with iZotope, Soundtoys, Native Instruments Komplete 10, and Universal Audio plugins, of course.

DJT: If you were stranded on an island and you could only bring one piece of studio (or DJ) gear/hardware with you, what would you bring?
VAB: A 32″ Paiste symphonic gong.

DJT: What’s the #1 piece of advice you would give an up-and-coming DJ (and/or producer)?
VAB: Stay focused on music, ask a lot of questions, and network. If you want to get another DJ’s attention, find out what time zone they’re in before emailing them to the top of their email in the morning. If you’re really desperate to get a DJ’s attention, offer to be an intern, or say you want to license one of their tracks to a compilation. That’ll do the trick. 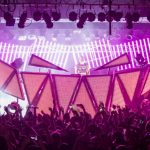 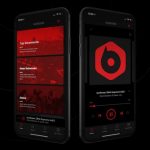